Needle Mythology, the label founded by music writer, author and broadcaster Pete Paphides, is proud to announce the very first release of brand new music on the label. Released on September 18th, In ‘Memory Of My Feelings’ is the result of a one-off collaboration between Catherine Anne Davies (The Anchoress) and Bernard Butler. Among the ten songs featured are the unearthly end-of-days address ‘The Breakdown’ and the triumphant four-to-the-floor excoriations of ‘Sabotage (Looks So Easy)’.

Although four years lapsed between its conception and completion, In Memory Of My Feelings was written and recorded by Catherine and Bernard over a period of just 15 days.

For Catherine, the sessions which yielded the songs on the record bookended a period of immense personal upheaval. When the pair first met the flurry of songs she wrote in the wake of that period prompted intense interest from major labels.

Perhaps looking to Bernard Butler to repeat the success of his sessions with another singular Welsh talent Duffy, one of those labels suggested that a meeting between Butler and Davies might result in a comparable commercial breakthrough. “I’m not especially interested in recreating whatever’s worked on previous projects,” Butler explains, “Odd is what I look for – and, by ‘odd’ what I really mean is ‘character’.

For Catherine Anne Davies, suddenly in a studio with a musician whose early work had soundtracked many of her own musical awakenings, the most surprising thing about the whole experience was just how natural it felt. “We talked about the two Polly Jean Harvey and John Parish albums,” she says, “– not so much for the sound of them, but for the fact that they designated a neutral space where the two could meet.” Butler adds, “There was no need to go too deep into records we liked. I didn’t need to start playing ‘Horses’ to Catherine, because she was already in that place.” Emerging from those earliest sessions were post-heartache consolation song I Know, which rides out its bruised-but-not-beaten refrain with exquisite elegance; the sublime serrated comeuppance rocker, which answers to the name of Judas; and the luxuriant glam ache of No More Tears To Cry.

So why stop? “Good question,” says Davies. “And actually, the reason isn’t all that interesting. We were booked in for five days or something, and by the end of the final day, we knew that if the brief was to write hit singles, we’d sort of wandered off in a different direction.” Catherine then re-emerged as The Anchoress with an acclaimed debut album Confessions Of A Romance Novelist.

Throughout the entire three-year period, however, the pair kept in touch before finally, their schedules permitted them to reconvene, this time at Butler’s own North London studio. “When we came back to it in 2014, no-one asked us to do it,” he explains, “No one cared and no-one was interested. It was a pure suicidal artistic pursuit. And that is the only useful place to make art, write songs about making art, and then laugh at ourselves.”

Watch the video for 'The Breakdown' - BELOW:

With the final songs of the album complete, its creators were still no closer to knowing exactly what they were going to do with it. Once again, extraneous commitments prompted them to put the project to one side, until a chance encounter between Butler and Needle Mythology co-founder Pete Paphides retrieved the project from its indefinite state of limbo. “Bernard and I live a few streets from each other,” says Paphides, “But I hadn’t seen Bernard for ages. And when we did bump into each other, I explained that I’d started this reissue label. I jokingly asked him if he had anything he’d like me to reissue – and he mentioned this project, but added that it wouldn’t be of any interest to me because it hadn’t been released in the first place. I knew Catherine anyway, but she hadn’t mentioned this record to me at any point, so it was all a bit surreal.”

Once Paphides had persuaded the record’s creators to let his label release it, Davies and Butler decided to come together for one final session. Convening to record the two songs for the seven-inch single on the vinyl edition of In Memory Of My Feelings, the pair rearranged The Patron Saint Of The Lost Cause for harmonium and recorded a stunning, pared-back version of Madonna’s Live To Tell. Of the latter, Butler says, “When I was 16, Live To Tell allowed me to join the dots in songwriting between True Blue and The Queen Is Dead.” Davies echoes the sentiment: “I don’t know what Madonna wrote it about, but the resonances in a post-#metoo world are impossible to miss.”

When it came to turning the project into an actual record – an artefact as beautiful as the music contained within it – perhaps the most important catalyst in all of this was acclaimed Belgian photographer Eva Vermandel, whose work is featured in the collections of the V&A and National Portrait Gallery. Vermandel’s images for the sleeve of In Memory Of My Feelings explores themes on the record, the relatively formal manner of the duo’s collaboration and the uncertainty that surrounded the outcome of the recording sessions. “I see the record as being something akin to a painting you might find in an antique shop – not an expensive painting, but perhaps an heirloom just waiting for the right person to come and claim it”

“If you have the luxury to wait long enough, a project will tell you what it needs to be,” says Davies. Butler agrees, “I’d got used to the idea that the record might never emerge. Occasionally, I’d listen to it on my headphones if I was on the bus or something, I always had the same thought, “I wish I could go to a record shop and buy this”. 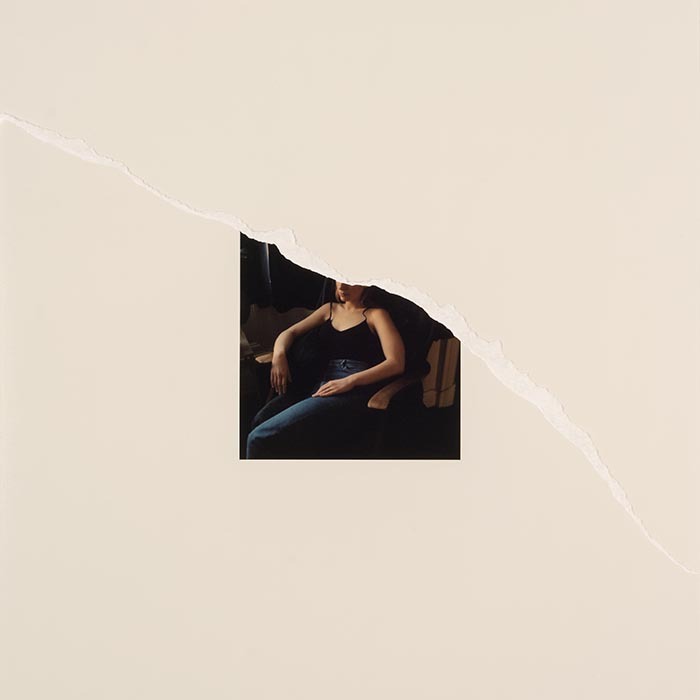 Side One:
The Breakdown
Ten Good Reasons
Sabotage (Looks So Easy)
In Memory Of My Feelings
I Know

Side Two:
Judas
No More Tears To Cry
The Waiting Game
The Patron Saint Of The Lost Cause
FOH

Following the release of her critically-lauded Top 40 album ‘The Art of Losing’, Welsh producer and multi-instrumentalist The Anchoress (aka Catherine Anne Davies) has announced new live dates. She will support Manic Street Preachers on...

Songs can evolve in all sorts of directions. Rising star The Anchoress' new single 'You And Only You' is no different. Testament to this are the five versions of the track available on the You...