The Grammy-nominated Liverpool duo has firmly established themselves as one of the most in-demand acts around. The pair were named in Mixmag’s Top 10 DJs of 2019, Skiddle’s Top Selling Ticketed artist 2019 and are currently Beatport’s biggest selling artist of all time. They have consistently gained support from industry heavyweights such as Annie Mac, Zane Lowe and Pete Tong. Making their mark in 2017 with their Grammy-nominated hit Cola which was certified Platinum in the UK, Camelphat have continued to release a flurry of club-ready hits and garner worldwide acclaim with tracks such as ‘Panic Room’ featuring Au/Ra and ‘Be Someone’ alongside Jake Bugg

‘Rabbit Hole’ follows a hectic 2019 for Camelphat who played some of the world’s biggest events such as Glastonbury, Coachella, Reading & Leeds, Warehouse Project, Parklife and Tomorrowland. Along with this, the pair did a huge headline 11-week residency at Hi Ibiza called BODYWORKS alongside Solardo and Fisher – the party was the biggest on the island, selling a staggering 90,000+ tickets. Not stopping there, Camelphat sold out their recent headline UK tour across 5 venues selling almost 25,000 tickets. The tour included the iconic Brixton Academy which sold out 6 months in advance and Bramley Moore Dock, Liverpool which was the quickest event to sell out in the history of the venue.

The pair played two sold-out intimate and extended sets at XOYO and Village Underground in January 2020, with many more huge dates to be announced in due course. 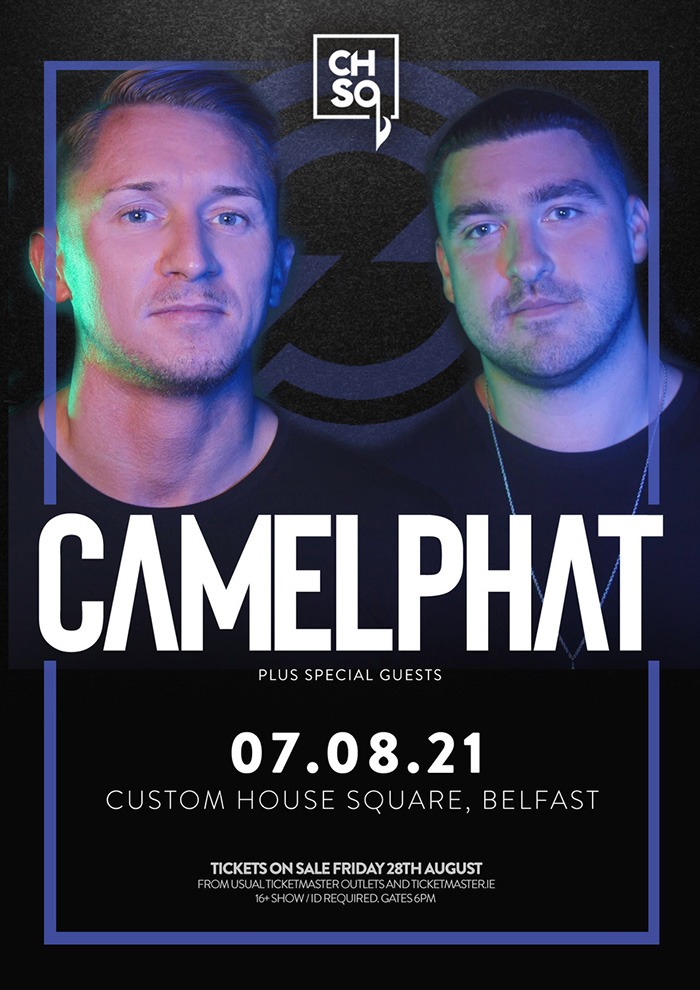 Tickets on sale Fri 28th August at 9 am from usual Ticketmaster outlets and ticketmaster.ie

English Ska legends MADNESS are pleased to announce a return to Belfast with a headline show at Belfast’s CHSq on Tuesday 20th August 2019. Formed in the mid to late 1970s Madness is one of […]

On December 31, Tomorrowland is organising Tomorrowland 31.12.2020 – a magical New Year’s Eve celebration at the end of an exceptional year, counting down to the start of 2021. This unique digital festival on the […]

Following their SOLD OUT show at the infamous Belfast City Centre warehouse venue; The Telegraph Building in 2019, Camelphat return with the duo’s largest headline Belfast show to date at Custom House Square on Friday […]