Available everywhere on the 22nd of April 2022 through Brando / Que-So Records, Pop Drunk Snot Bread consists of 15 tracks of the best pop-punk/punk rock of the year so far, delivered in the unmistakable Bowling For Soup style. The album was recorded in the Pocono Mountains in Pennsylvania, USA in September 2020. Longtime Bowling For Soup collaborator Linus Of Hollywood is on production duties for the album alongside BFS frontman Jaret Reddick.

Among the 15 tracks fans will find the smash hit singles Alexa Bliss and Getting Old Sucks (But Everybody's Doing It) and most recent single, the modern pop-punk classic I Wanna Be Brad Pitt (the video for which can be enjoyed below):

Aside from the singles, fans can look forward to the album-opening statement of intent (Greatest Of All Time), an upbeat take on one of life's biggest problems (Hello Anxiety) and a wonderful reflection on times gone by (Wouldn't Change A Thing) to highlight just a few of Pop Drunk Snot Bread's other songs. The full tracklisting and album artwork is available below: 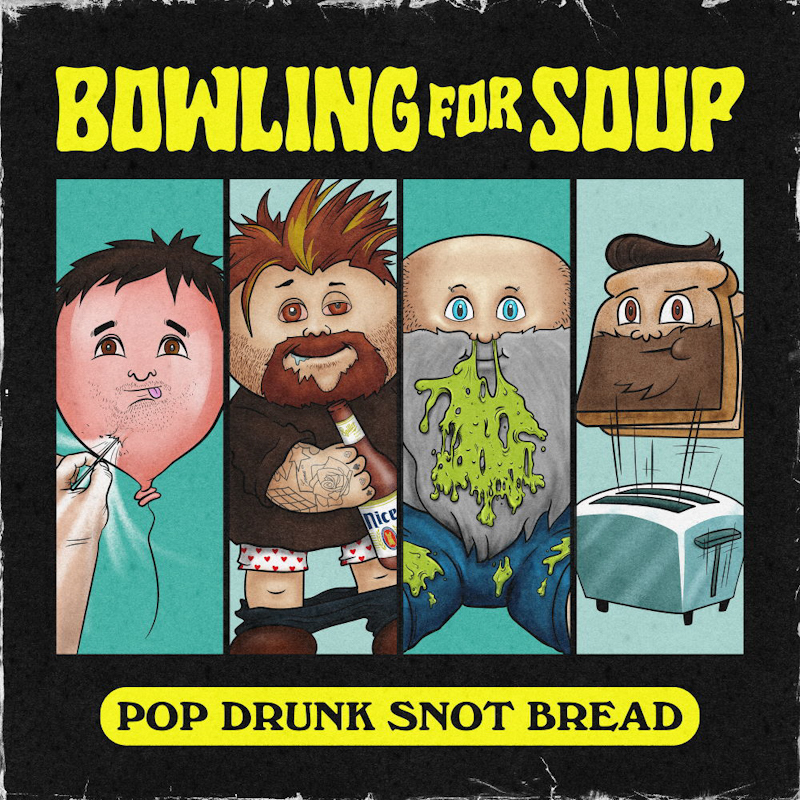 Bowling For Soup's huge return to the live UK stage is now only a few days away. The Crowdsurf The UK Tour in the company of support acts Lit and The Dollyrots and DJ Matt Stocks kicks off on the 12th of April in Blackpool and heads all over the UK, finishing off with a huge show at London's Brixton Academy. Information about the full run of shows can be found below:

Tickets for all shows are on sale now from AEG - https://www.aegpresents.co.uk/events/detail/bowling-for-soup-3.

All existing tickets for the original dates rescheduled from 2021 will be valid. If you cannot make the rescheduled dates, please contact your ticket provider. VIP tickets offering a selection of extra Bowling For Soup experiences and merch are also available (Full details of the VIP experience will be confirmed nearer the time subject to world events).

VIP tickets are available from: http://www.bowlingforsoup.com

Twenty years ago, when Bowling for Soup entered the top ten single charts with “Girl, All The Bad Guys Want”, the British public fell in love with them and vice versa. There was immense sadness...

US Rockers Bowling for Soup are pleased to announce a headline Belfast show at The Limelight 1 on Wednesday 24th April 2019. Having released ten studio albums during their most active years, they have no...

How did Bowling for Soup come up with the title Pop Drunk Snot Bread for their latest eleventh LP? The Texas-based quartet wanted to base the title around the “Pop Punk’s Not Dead” theme. When...