BirdPen is an English alternative electronic rock band formed by Dave Pen (also a singer and guitarist in Archive) and guitarist/keyboardist Mike Bird. Written, recorded and produced by the duo and mastered by Frank Arkwright at Abbey Road Studios, ‘All Function One’ is their sixth album, with the announcement of its release being accompanied by a video for ‘Function’, it's opening song and first single.

Describing the circumstances of the album recording, the band state that “during studio sessions in early 2020 we were watching the pandemic unravel on the news, following what was happening but not overly knowing what was really going on in a kind of 'it won’t happen to us' way. There are many elements on the finished record about what has happened in 2020, with themes of self-isolation and fear of the outside world. We wrote it without really realising quite what was coming, and it turned out to be very relevant.”

Expanding on the album's central theme of isolation, they continue: “At the time we wrote the songs they weren’t about a global pandemic that forced everyone to stay inside, but about people who already spent most of their lives indoors due to fear of the outside world. You can have everything you want from your own home these days, even creating a virtual partner. However, by the time we mixed the album in March this theme had become a reality. There was a story about a man who didn’t leave his home for years, built a silver room with no electrical appliances or phone, etc to keep out the radiation. It was really inspiring but also quite tragic. It helped build a kind of narrative to the album. Switching off from everything almost feels like an impossible thing to do these days. Modern junk continually drip feeds into us all. The album follows this theme and also about living in a designed life that is cold, fake and faceless with people feeling lost and invisible.”

As for their new single, they explain that “the album needed something that set the tone of what it is all about. We messed around with some different tunings and once we had the right chords it just built from there. We lengthened the section after the build, as it’s such a release when it finally kicks in. The space in between the lyrics really helps the message of the song and also makes a statement about how we find ourselves in current times. We wrote the string line and asked Raphaële Germser [who they had met on tour in a band who supported them] to play the part on viola. We’d only ever used real strings once before, so it was really great to work with her on this song and throughout the new album.”

They describe the ‘Function’ video as “a simple yet reflective portrayal of 2020. We asked our fans to send in short clips of themselves. They could smile, laugh, cry or just stare and do nothing. During the many lockdowns across the planet, people have had to live an almost virtual life in many ways. This video brings our fans together to celebrate the announcement of our new album.”

Watch the video for ‘Function’ - BELOW: 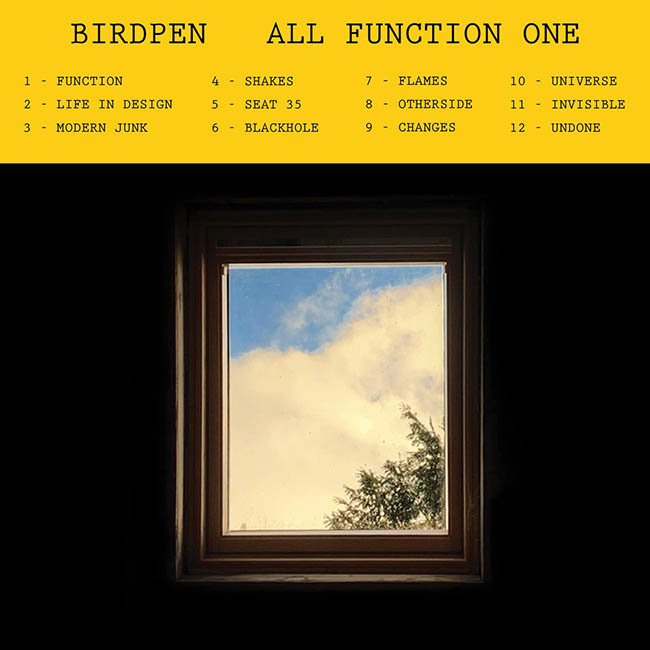 THE STREETS return with new single, 'How Long’s it Been?' featuring FLOHIO - Listen Now

Fresh from this year’s Glastonbury festival and ahead of a slew of summer shows which include festivals across Europe, Mike Skinner has today released a new single as The Streets. ‘How Long’s It Been?’, sees...

South London collective Archive announce details of their tenth studio album ‘The False Foundation’ in October and European tour dates to follow in November. The new album is the follow-up to last year’s critically acclaimed...

WE ARE BODIES - New group featuring Dave Pen of Archive to release self-titled album / OUT 06.04.15

The first half of 2015 is proving to be particularly productive for the British musician and vocalist Dave Pen. Currently completing a tour of the European mainland with the highly regarded art-rock collective Archive, for which he...