To coincide with its announcement, the first single “What A Day” is now available along with a video directed by Cloé Bailly. Ben shares, “This was a nonsense idea loosely thrown together on the old English rhyme ‘back to back they faced each other, drew their swords and shot each other’ with a bit of animal hysteria thrown in. Cloé somehow transformed a basic countryside shoot ‘em up into an amazing tale of delightful retribution.

She is a queen of dark comedy and I’m so grateful that as friends we got to work together on it. The eclectic Bulgarian cast and crew somehow managed to pull this off in strange times, it was all the more entertaining in a completely foreign language."

Howard had always approached his albums with a clear idea of what they were going to be, be it the pastoral songwriting of Every Kingdom, his Brit award-winning 2011 debut, the electrified anguish of its chart-topping follow-up, I Forget Where We Were, or the rich atmospherics of 2018’s acclaimed Noonday Dream. The road to Howard’s fourth album, however, was far more uncertain.

Two summers ago Howard was driving through Portugal listening to People Collective, the collaborative project spearheaded by Justin Vernon and The National’s Aaron and Bryce Dessner. As Howard crossed the river Tagus, the circular loops of the 17-minute track “Santa Agnes” (written and recorded by the Dessners) captivated him. It captured a moment he was keen not to forget and gave him an impetus to get back home and to work on a new record.

At this point, Howard’s fourth album was just a few fragments of ideas. He threw caution to the wind, contacted Aaron Dessner and the pair began a process of creative push and pull that would create the finest record of Howard’s career - Collections From The Whiteout - an album in which all the multiple facets and strands of Howard’s talents have coalesced. From his roots as a singer-songwriter to the virtuoso guitar playing that adorned I Forget Where We Were’s blood-letting and the love of electronic textures that turned that all on its head and inside out on Noonday Dream… it’s all present here but recalibrated to forge a new sound that is both impossible to pin down and unmistakably his. “I was quickly fascinated by what Ben was doing and the state he was in,” Dessner reflects. “It was a good collision of openness, not on the clock. He’s making some of his most adventurous music and also writing some of his best songs at the same time.” 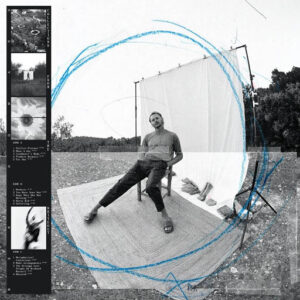 Collections From The Whiteout was made in a state of near-permanent transience as Howard flitted between New York (where he holed up with Dessner at his Long Pond Studio), Devon, and Paris where he once again went into the studio with Dessner. For the last 18 months, however, he’s been enjoying the stability of his new home in Ibiza. His parents are nearby, he and his father tend to the land around the house and down the road was where his grandfather, a former beau of the Velvet Underground’s tragic chanteuse Nico, set up a jazz bar in the 1960s. It’s from here that he put the finishing touches on the record, as he and Aaron exchanged final mixes online.

Collections from The Whiteout Tracklisting

Ben Howard kicks off his UK arena tour this month, including three sold-out shows at London’s Alexandra Palace. Ben released his critically acclaimed second album 'I Forget Where We Were’ last year which debuted at...

A Boat To An Island On The Wall is the first new music that Ben and his band have shared since the release of his number 1 charting second album, I Forget Where We Were,...

Ben Howard shares a second track, Crowhurst’s Meme, from his forthcoming new album, Collections From The Whiteout. It is released on the 26th March 2021 through Island Records. Crowhurst’s Meme follows the first returning single,...