AC/DC unleashes the video for “Shot In The Dark” directed by their longtime video director, David Mallet. The release of the video was preceded by a conversation between Mallet and the band, touching on stories from their biggest and best videos.

AC/DC releases their seventeenth full-length album POWER UP on November 13, 2020. This marks the legendary band’s first new music since 2014.

For the album, the band reunited with producer Brendan O’Brien who helmed Black Ice in 2008 and Rock Or Bust in 2014. Charged up for the next decade, AC/DC cut twelve new tracks for the album, proudly maintaining their signature sound and all of its powerful hallmarks.

Watch the video for 'Shot In The Dark' - BELOW:

'Shot In The Dark' Tracklist:

4. Through The Mists Of Time

5. Kick You When You’re Down

AC/DC are one of the most influential rock bands in history with over 200 million albums sold worldwide and 71.5 million albums sold in the U.S. alone. The double-diamond Back in Black stands out as “bestselling album by any band ever” and “third bestselling album by any artist” with global sales of 50 million and counting. They were inducted into the Rock and Roll Hall of Fame® in 2003. The band also garnered their first GRAMMY® Award in the category of “Best Hard Rock Performance” for “War Machine” during 2010. They continue to sell out stadiums on multiple continents, sell millions of albums annually, and generate streams in the billions. AC/DC return with POWER UP in 2020. 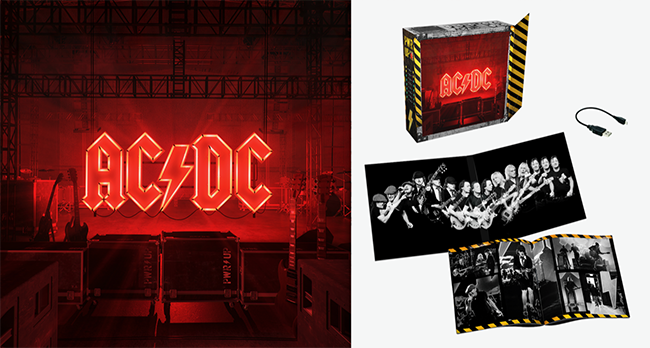 Today, AC/DC have shared their brand new video for “Through The Mists Of Time”. The video is a rock and roll museum tour through an exhibition of the band’s incredible history. Based on a concept...

AC/DC will release their seventeenth full-length album POWER UP on November 13, 2020. This marks the legendary band’s first new music since 2014. To set the stage, they just unleashed a new single entitled Shot...

Described by Malcolm Young, co-founder of AC/DC, as "the real deal", PHIL RUDD the band's long term drummer, played in several Melbourne bands such as Buster Brown and The Coloured Balls before joining up with...