XS Noize has teamed up with Belfast based PR and promotions company Tin Man Heart to bring some of Ireland’s best upcoming talent to the city. Together, we have arranged a series of unmissable gigs to take place in venues across the city with at least one act on the bill from outside of Northern Ireland.

The aim of the gigs is to forge lasting contacts between bands across the whole island of Ireland. Tin Man Heart and XS Noize hope these events will help bands arrange gig swaps, trade contacts and spread their music to new ears.

For music fans, it’s a unique opportunity to experience carefully crafted line ups featuring local favourites and bands who have never played in the city before.

Red House have kicked on from an award-winning 2018 to establish themselves as one of Belfast’s best young bands. Merging hard rock, blues and indie they’ve forged an excellent live show which draws new fans with every performance. A new single set for August 2019 release has fans and reviewers alike piqued with excitement.

Petty Youth, driven by brothers Alex and Eoghan Johnson, is a garage rock trio from County Down. Steeped in a DIY ethos and with an irreverent sense of humour, Petty Youth has self- recorded and released several EPs and singles to critical acclaim. They’ve remained modest though and describe themselves as specialists “in delivering hard-hitting, balls-to-the-wall performances”.

Dublin based Overlockers play Belfast for the very first time, bringing with them their “no-bullshit approach to revamping the Irish Rock n ‘Roll scene”. Debut single Magazines from 2018 captured the band’s ability to combine memorable hooks with explosive hard rock. With a new line up and new music in 2019, it’s unlikely to be long before they’re back in Belfast.

Any bands who would like to be considered for a slot at future gigs should complete the contact form here. 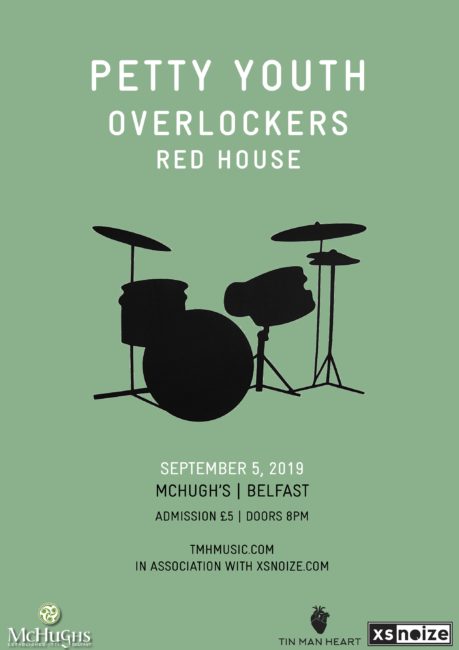 Rock icon Noel Gallagher has been a frequent visitor to Belfast over the past few years, not only from playing live but from spending a wealth of time in Belfast recording his experimental third solo […]

Funk legend Nile Rodgers will return to Belfast with his legendary band CHIC on Tuesday, June 04th 2019 at Waterfront Hall. Among music legends, Nile Rodgers is truly exceptional. He amplifies his legacy as a […]