WILLIAM SHATNER And Guitar Legend RITCHIE BLACKMORE Collaborate On New Single “The Thrill Is Gone” From Forthcoming Album THE BLUES!

Los Angeles, CA – Hot on the heels of the superb joint effort from William Shatner and Canned Heat comes a brand-new alliance that is sure to have music fans cheering. Former Rainbow and Deep Purple axeman and one of the most revered guitarists of the classic rock era, Ritchie Blackmore, joins Mr Shatner for a deeply felt, heart-rending take on the blues classic “The Thrill Is Gone.” The song, perhaps best known by the smash-hit version that B.B. King recorded in 1970, was actually written the same year that the young Mr Shatner made his film debut in 1951. Since then it has been interpreted numerous times, but King’s version was the first to unite the soul-piercing lyrics with absolutely awe-inspiring guitar licks to create the definitive version of the song, and no doubt inspired the Shatner/Blackmore version. As a special treat, Blackmore’s wife and longtime collaborator in Blackmore’s Night, Candice Night, contributes background vocals to add even more pathos to this inspired track.

Mr Shatner had this to say about the song, “’The Thrill is Gone’ is the title of the song, but the thrill is there with Ritchie Blackmore and his great guitar!”

Blackmore and Night return the praise saying, “We would like to express our gratitude for being able to appear on the recording with William Shatner. It is always an honour to work with him. He is a man of many legendary performances.”

Listen to ‘The Thrill is Gone’ – BELOW:

“Thrill” is a highlight of Mr Shatner’s fantastic new album, The Blues, which is now available for pre-order on CD, vinyl, and digital. The album will feature a constellation of blues, rock and country performers who work together with Mr Shatner to bring the blues to life including Sonny Landreth, Brad Paisley, Pat Travers, Tyler Bryant and more! Look for the album to be released October 2 courtesy of Cleopatra Records. 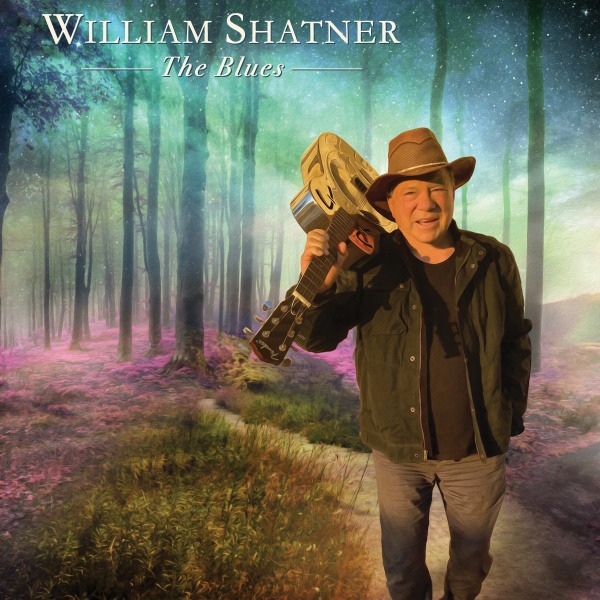 Cleopatra Records has released Duran Duran ‘Girls on Film 1979 Demo’ EP featuring Andy Wickett on vocals. These are rare debut recordings, which include the original version of the smash hit ‘Girls on Film’ and […]

Fans of British new wave icons Duran Duran got the treat of a lifetime when Andy Wickett, the original vocalist of the group who was eventually replaced by Simon LeBon, released Girls On Film – 1979 […]

When two rebellious, boundary-pushing artistic minds come together, sparks will definitely fly. And if those two minds happen to belong to two of Britain’s most creative experimentalists, namely, punk musician/raconteur Rat Scabies and the enigmatic […]