“I’ve always enjoyed singing other people’s songs. There is a liberation to it. It’s how I feel when I approach a script. I have reverence for the piece of art and the artist who created it”, says Will Young of his new album, Crying On The Bathroom Floor, set for release on August 6 2021 (via Cooking Vinyl).

“After 18 years of recording and performing a lot of original material, I loved the idea of creating an album that celebrates some of the modern female artists I so admire in pop. In today’s times it’s so much easier and accepted to occupy other genders, ideas and explore new avenues. I wanted to understand what it might be like to sing their lyrics; a song about a boy called Daniel; crying on the bathroom floor, feeling like Elizabeth Taylor. This is not a covers album as such, well certainly not in the standard way. I wanted to bring songs from female artists who I admire into a new arena. I wanted to work with Richard X again and create a true pop record.”

‘Daniel’, an interpretation of the Bat For Lashes classic, is the first single to be heard from the brand new album which will also feature re-imagined versions of songs by the likes of Lykke Li, MUNA, Robyn, Solange, Sky Ferreira and more. The track is accompanied by an official video directed by the renowned Andrew John ‘W.I.Z.’ Whiston (Disclosure, Mika, Kings Of Leon).

Watch the video for Daniel - BELOW:

1. Daniel (original by Bat For Lashes)

2. Crying On The Bathroom Floor (original by MUNA)

3. Till There’s Nothing Left (original by Cam)

7. Everything Is Embarrassing (original by Sky Ferreira)

8. Losing You (original by Solange)

9. Missing (original by Everything But The Girl)

An activist, author, singer, songwriter, radio presenter, DJ and performer, Will recently released To Be A Gay Man through Penguin Books; discussing gay shame, revealing the impact it had on his own life, how he learned to deal with it, and how he can now truthfully say he is gay and happy. The paperback version of the book is due to be released on April 29.

This September, Will embarks on a series of intimate live shows, performing several of the new tracks alongside classic songs acoustically and chatting with audiences across the country. Fans can pre-order the new album now for an exclusive ticket pre-sale on Wednesday 28 April. For more information visit Will’s Official Store. 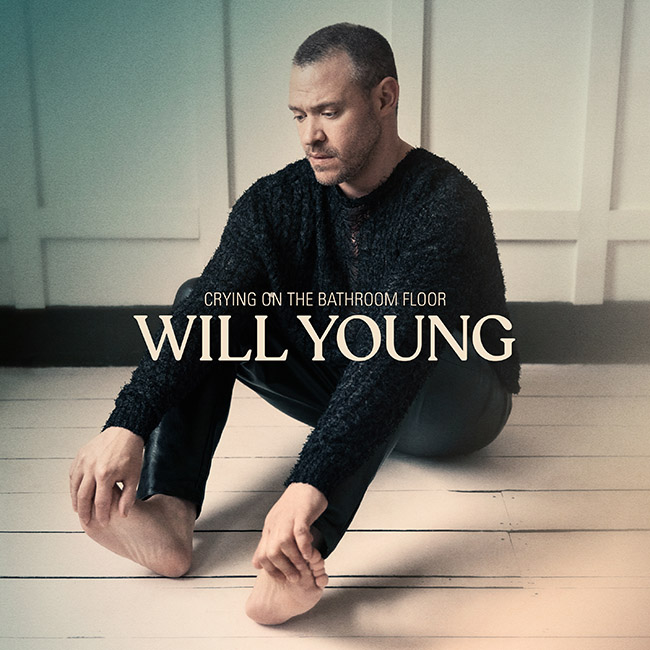 Crying On The Bathroom Floor will be released on Cooking Vinyl on August 6 on CD, LP, cassette and digitally with signed and exclusive bundles also available.

Having laid some tantalising video clues for what to expect from her forthcoming album Lost Girls including a self-directed video for “Kids In The Dark”, today Bat For Lashes aka Natasha Khan drops a second...

On September 6th Songstress Natasha Khan, better known by the moniker Bat for Lashes, releases her fifth studio album, “Lost Girls”. The album is the follow up to her evocative 2016 release “The Bride”. Her...

Today, Bat For Lashes aka Natasha Khan reveals the video for "Kids In The Dark" and her gang of lost girls as she directs and stars in the first video for her hotly anticipated new...