As previously announced, Midge Ure is heading out later this year on ‘The 1980 Tour’, celebrating his time with Visage and Ultravox. Accompanied by Band Electronica, Midge will be performing the album Vienna in its entirety for the first time in 40 years since it was made.

It has now been announced that Visage co-founder Rusty Egan will be joining Midge for selected dates across the UK. This is the very first time that Midge and Rusty will take to the stage together to play some groundbreaking dance tunes off the first Visage album, many of which have not been played live before. Rusty will also perform a DJ set for the first part of the show.

Rusty and Midge's paths crossed for the first time in post-punk band The Rich Kids along with Glen Matlock from the Sex Pistols. Rusty had started a club night at Billy's in Soho with Steve Strange. Thus the seminal Blitz Club was born and became THE place to be seen.

Visage were formed from this genesis as a studio project taking their inspiration from the Dusseldorf scene combined with sounds of the Blitz Club. “It was a simple idea inspired by the desire to make European electronic dance music with our favourite musicians of the day”, Visage co-founder Ure said.

Rusty has also championed the Irish electronic band, Tiny Magnetic Pets, who will be appearing in Rusty's place at Manchester, Liverpool, Belfast and Dublin, as well as the shows in Europe in 2019. Describing themselves as “Kinda Krautrock-meets-Bowie-in-Berlin jamming with Stereolab/Massive Attack/Goldfrapp/Kraftwerk, sort of thing…” they should fit the bill perfectly!

The tour will now continue into 2020 with more dates added throughout February. 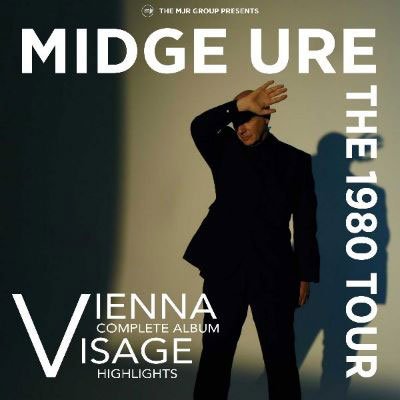 As a John Foxx-fronted five-piece, Ultravox (formerly with an added "!" in homage to Neu!) gained much critical acclaim with their increasing synth dominated glam punk rock, but split after third album Systems Of Romance...