Willie Campbell is a Scottish singer-songwriter based on the Isle of Lewis, the Outer Hebrides who first came to widespread attention in the late 1990s when co-fronting Astrid (www.astridmusic.net) who by the time they had disbanded had racked up everything from soundtracking Jamie Oliver cookery programmes to a Simon Mayo single of the week on Radio 1.

His stupendous new radio single is Soundtrack to The Life We Leave Behind. Released on March 26th. Today XS Noize is pleased to exclusively premiere the video. Watch BELOW:

Along with Snow Patrol’s Gary Lightbody Willie was then a founding member of turn of the century indie collective The Reindeer Section which also included various members of Teenage Fanclub, Arab Strap, Mogwai, Belle & Sebastian and many others. More recently Willie has been releasing records as The Open Day Rotation and has 3 critically acclaimed albums: 2008 debut Down by the Head followed by Toxic Good Toxic Bad and in 2018 New Clouds in Motion, the latter produced by Tony Doogan (Mogwai, Belle & Sebastian).

Released on Friday 26th March is the title single from Willie’s forthcoming new album Soundtrack To The Life We Leave Behind. It is 4 minutes of old school indie guitars and sing-along choruses. Fittingly for our lockdown lives it’s a paean of summer festival optimism and handclaps to be cheered with a beer held high in the fields we’ve yet to return to. 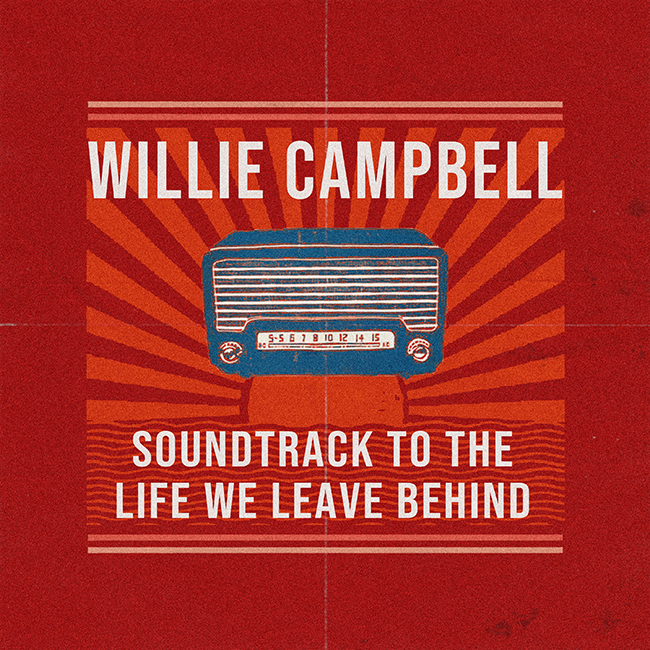 Campbell was also the subject of a BBC documentary, An Estate Car and a PA, which documented his return to his native Lewis and successful writing trips to the fiercely competitive environment of Nashville, Campbell signed to Nashville based Big Loud Shirt publishing in 2010. Willie was commissioned in 2018/2019 to write songs for the ‘Dìleab’ project which was centred on the history of emigration, war experience of island communities in the Outer Hebrides.

Recent projects include a tour of Between Islands - a collaborate inter-Island songwriting collective with Kris Drever and Arthur Nicolson.

Astrid reformed in 2019 and released a new record Fall Stand Dance produced by Edwyn Collins it was released through his AED label.

Hard To Regret is the second single from Willie Campbell’s forthcoming album: Soundtrack To The Life We Leave Behind which will be released this summer and just in time for all the festivals still not...