The Winachi Tribe New single (Time for love) Dave Tolan remix, has a "Hanna barbera, cartoon, esq, 70s retro video released today exclusively with XS Noize. The single has been on fire reaching #55 in the national Itunes Dance Music charts, featured by Janice long on BBC radio and played in 40+ global radio shows from Los Angeles to Tokyo. Since its release last Friday its had stunning five start reviews and hit 3k streams on Spotify in just 48 hours.

Sort of sums up the music industry really! As soon as those Giorgio Moroder synths and Niles Rodgers guitars hit you, you know you’re in the grip of The Winachi Tribe. The funky beat and solid bassline, complete with synth stabs, underpin the intro until the main vocals hit you with Liam Croker’s trademark funky swagger.

Add to that some Donna Summer-esque backing vocals (a family affair with Liam’s cousin, Natalie O’Donovan) and you have the makings of a fine track. The track builds and has a fine brass sample towards the end, reminiscent of 70’s funk, whilst the female vocals become more of a banshee type sound toward the end (Nile Rodgers would be more than happy with the brilliant guitar solo), and we’re expected to show ‘devotion, as deep as the ocean’.

Watch the video for ‘Time for Love – (Dave Tolan remix)’ - BELOW:

The Winachi Tribe – an unsigned band from Warrington, England, who have managed with a single-minded vision, relentless hard work, unique talent and a good slice of hustling over the last five years, with no corporate backing to jet-set around the world collaborating with some of the most legendary names in both the worlds of music and film. Securing major endorsement from iconic Italian fashion brand ‘Pantofola d’Oro’ and music equipment giants ‘Behringer’ & ‘MIDAS Consoles’ along the way. 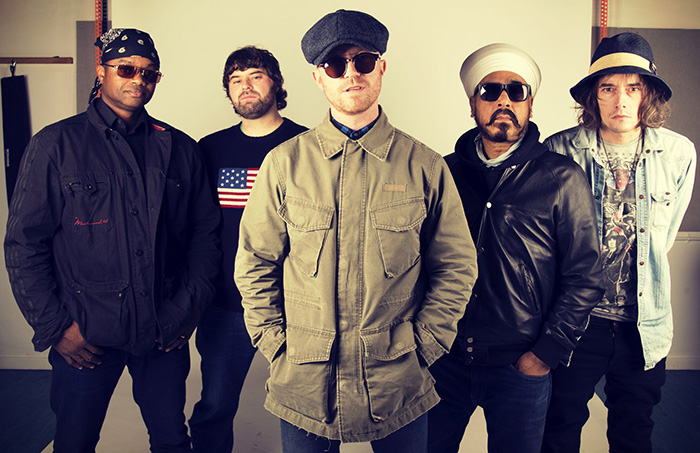 2020 alone (while during a global pandemic) has seen the band win two prestigious US awards at the annual ‘ISSA Awards (International Singer-Songwriter Awards) in Atlanta, Georgia for ‘Best International Band’ & ‘Best International Video’ for single ‘Funky But Chic’, have our own trainer collection designed by designer Italian fashion brand ‘Pantofola d’Oro’ and sign a management deal with one of the most celebrated British music producers of the last 25 years Howie B (U2, Massive Attack, Bjork) and his management company ‘BeeManaged’. The Winachi Tribe also includes acclaimed percussionist Inder Goldfinger (Ian Brown, Hacienda Classical, Fundamental)

The Winachi Tribe have lifted a second single from their 'Time for Love' EP. 'Plant the Seed' will be released on September 25th on A1M records. The track sees the band collaborating with Julie E Gordon of Happy...

The Winachi Tribe have lifted a second single from their 'Time for Love' EP. 'Plant the Seed' will be released on September 25th on A1M records. The track sees the band collaborating with Julie E...

Behind the Mixing Desk #1 - Jim Spencer

A music producer has an expansive role in overseeing and managing the recording of a band or performer's music. A producer has many roles that may include, but are not limited to, gathering ideas for...