‘Omega Man’ was written and recorded remotely by Paul and Steven during the Covid 19 lockdown without ever meeting, which is conveyed in the accompanying video. They exchanged ideas, lyrics and music from their home studios to articulate what they were experiencing as a piece of music. The song’s lyrics reflect the isolation and fears of lockdown, with Paul singing about his fear of losing a loved one without being able to see them before they are gone.

With both Paul and Steven feeling the lockdown experience was like being in the film The Omega Man, the post-apocalyptic 1971 film based on Richard Matheson’s 1954 book I Am Legend, the title of the song was born.

The accompanying video captures this desolation. Filmed and set in the Chernobyl exclusion zone in Ukraine, video director George Laycock (Blacktide Phonic/Visual: www.black-tide.co.uk) and Paul wanted a suitable location to convey and illustrate the lyrics and meaning of the song. The city of Pripyat where the video was filmed, was evacuated the day after the Chernobyl disaster and is abandoned to this day.

All the footage had to be cleared by the Ukranian military, especially as the end scenes were filmed next to a nuclear missile early warning radar detector, which was abandoned after the dissolution of the Soviet Union.

Watch the video for ‘Omega Man’ - BELOW:

‘Omega Man’ is taken from the forthcoming album Cult Leader Tactics.  A satire on the genre of self-help manuals, it details how to get to the top of your chosen profession, or how to get on in life in general and in affairs of the heart, by acting in a Machiavellian manner and employing dirty tricks or ‘Cult Leader Tactics’ to achieve your life goals. After experiencing these types of human behaviour and themes, the album arrives at the conclusion the only true answer in life is love.

These and other themes are subtly referenced in each song and explored on a collection of Paul’s best songwriting since Mansun’s imperial phase. Nowhere is this exemplified more than on the instantly catchy and destined to be classic, ‘You’ve Got No Life Skills, Baby!’, which is reminiscent of the best art-rock-meets-pop moments of Mansun’s Attack Of The Grey Lantern.

Paul plays the majority of the instruments on Cult Leader Tactics 11-tracks, including guitars, drum machines and synthesisers, on an album produced with long-time collaborator, acclaimed producer Paul ‘P-Dub’ Walton at the latter’s Loft Studios, with additional engineering by Scott Knapper.

In addition to Steven Wilson, Cult Leader Tactics features guest appearances from Gamaliel ‘Gam’ Rendle Traynor from the band Sweat, who played, arranged and engineered all strings (recorded at Sweat Studios, Peckham, London), as well as a 288-person C.L.T. Lockdown Choir who sing on ‘Lyin’ Bout Who U Sleep With’.

Cult Leader Tactics will be available on the following formats: 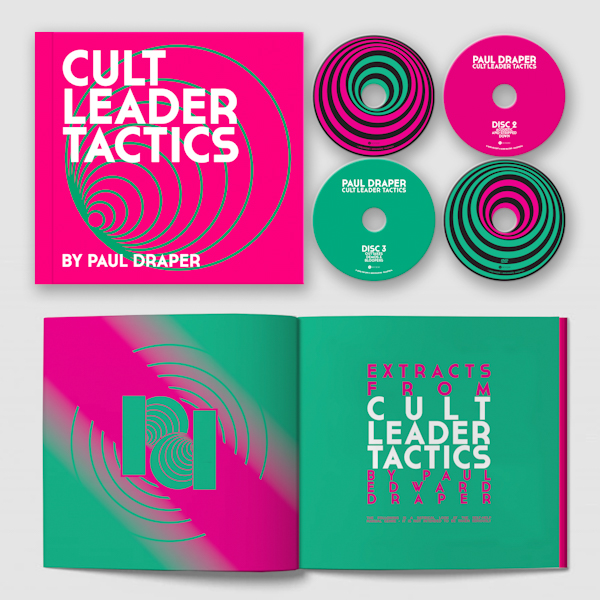 Paul and his band will undertake a 21-date tour at the end of February, playing stripped back versions of songs from the new album, Spooky Action and Mansun classics and rarities:

Artists including Radiohead, Kula Shaker, The Charlatans and Fontaines D.C. have played gigs in this intimate venue to promote new material. The ex-Mansun frontman is no exception and has played at Rough Trade East since...

Songs can evolve in all sorts of directions. Rising star The Anchoress' new single 'You And Only You' is no different. Testament to this are the five versions of the track available on the You...

Former Mansun front-man Paul Draper returns with his long awaited debut release 'Feeling My Heart Run Slow' the lead track from Paul's forthcoming 'EP ONE' and due for release on 10th June on KScope.  The single...