In 1990 musical history was made when a 20-year-old Neil Hannon signed his first record deal and began releasing one glorious album after another under the name The Divine Comedy. Thirty years, twelve magnificent albums and hundreds of spellbinding shows later, Neil Hannon is now, without doubt, a national treasure and one of the finest singer-songwriters of his generation. 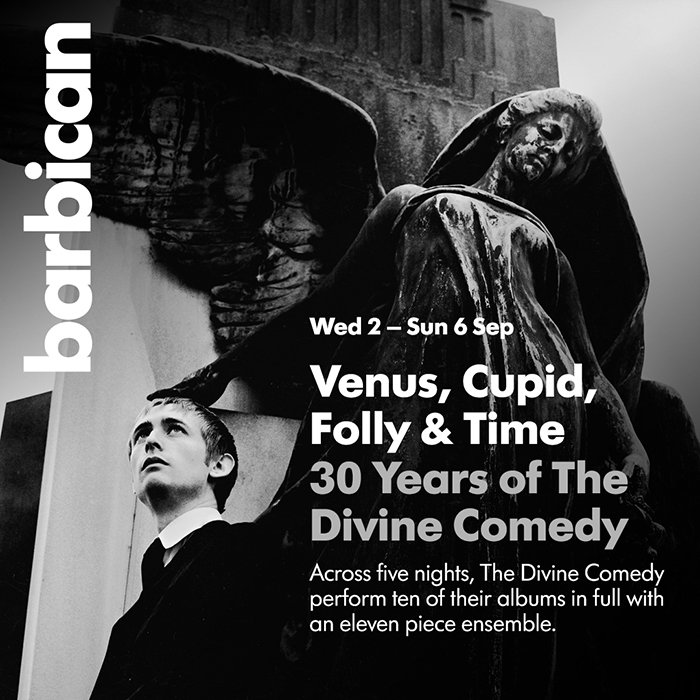 To celebrate their 30th Anniversary, The Divine Comedy will play 5 nights at London’s Barbican in early September and later that month 5 nights at Paris’ Cité de la Musique. Performing as an 11 piece ensemble, the band will play 2 albums from their catalogue in full each night (see below).

The albums have been remastered at Abbey Road Studios by Frank Arkwright (Blur, The Smiths) while engineer/mixer/producer Guy Massey, whose work on the Beatles Stereo Remasters won him a Grammy Award, oversaw the audio across all releases.

Each CD release consists of 2 CDs: the original remastered album, with a second CD of B-sides, demos and alternate versions curated by Neil Hannon, much of which has never been heard before. The CD release of “A Short Album About Love” comes with a DVD of “A Short Film About A Short Album About Love” – a previously unreleased 50-minute film of the Shepherd’s Bush Empire concert at which “Short Album..” was recorded. The CDs come with a booklet of photos, credits and extensive liner notes written by Neil covering the context and inspiration behind the album and its songs. 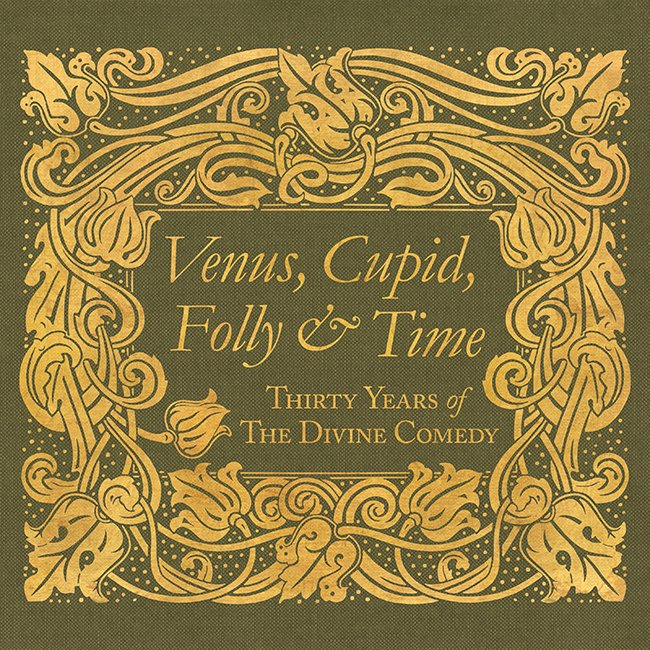 Each LP release consists of the original remastered album, cut at Abbey Road, packaged with a download code for the album and bonus tracks. The LPs are heavyweight black vinyl in a gatefold sleeve accompanied with photos, credits and Neil’s liner notes.

The twelve-volume CD boxset “Venus, Cupid, Folly and Time – Thirty Years of The Divine Comedy” brings together all the remastered CD albums and bonus material, as well as new editions of 2016’s “Foreverland” and 2019’s “Office Politics” updated with bonus material and liner notes. It also features “Juve neil ia” – a boxset exclusive 2 CD compilation of early material put together by Neil from his personal archive, including recordings stretching back to as early as 1984. It contains the “lost” 1990 album “Fanfare For The Comic Muse” and long out-of-print EPs “Timewatch” and “Europop.”

The Divine Comedy has released a video for ‘Queuejumper,’ the lead track from their new album ‘Office Politics’ which is set for release on June 7th. Inspired by a near miss on the M4 in […]

The Divine Comedy release new single ‘To The Rescue’ – Watch

After a run of sold out acclaimed shows in 2016, The Divine Comedy release their latest single, ‘To The Rescue’ impacting 3rd March on Divine Comedy Records. A miniature baroque masterpiece that Gainsbourg himself would […]

Neil Hannon, one of the country’s foremost songwriters, releases a beautiful new single ‘Norman and Norma’, taken from his wonderful new Divine Comedy album ‘Office Politics’, out on June 7th. It’s the follow-up to the […]