Born in 1945, Van heard his Shipyard worker father’s collection of blues, country and gospel early in life. Feeding off musical greats such as Hank Williams, Jimmie Rodgers, Muddy Waters, Mahalia Jackson and Leadbelly, he was a travelling musician at 15 and singing, playing guitar and sax in several bands before forming Them in 1964. The band enjoyed chart success with instant hits such as the much covered ‘Gloria’ and ‘Here Comes The Night’.

Since striking out on his own in 1967 with the release of Blowin’ Your Mind!, Morrison’s music has continued to span genres including R&B, Jazz, Blues, Gospel, Folk and Soul. Van’s unrivalled songwriting and musicality continues to evolve with the creation of new material and reinterpretation of older classics.

Since 2016 Van has added five new studio albums to his prodigious catalogue, the most recent, The Prophet Speaks, was released in December 2018.

Tickets for VAN MORRISON Live At Botanic Gardens go on sale Monday 8 April at 9am from:- 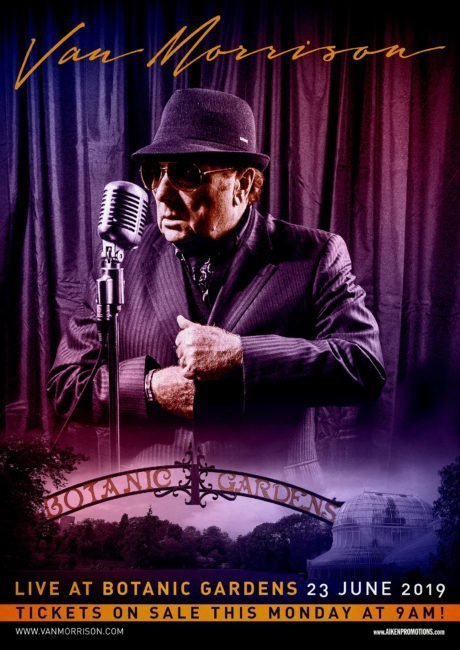 Baltimore Pop Punk giants All Time Low made their triumphant return to Belfast last night. Performing once again in Belfast's Ulster Hall, the band again proved after 15 years together, they are showing no signs...

INTERVIEW with Hannah Williams & The Affirmations