US alternative rock band Helmet are pleased to announce a headline Belfast show ‘Move On: The Covers and Hits Tour’ at Limelight 2 on 18th May 2022.

Helmet has released eight studio albums and two compilation albums. After releasing their debut album, Strap It On (1990), on Amphetamine Reptile, Helmet signed to Interscope Records and released three albums for the label, including the highly successful Meantime (1992), Betty (1994) and Aftertaste (1997). Helmet broke up in 1998, but reformed in 2004, and has since released four more albums ― Size Matters (2004), Monochrome (2006), Seeing Eye Dog (2010) and Dead to the World (2016).

In June 2021 the band released via their website only a limited-edition box set entitled “Move On” featuring 4 x 7” singles including the following covers and live tracks: 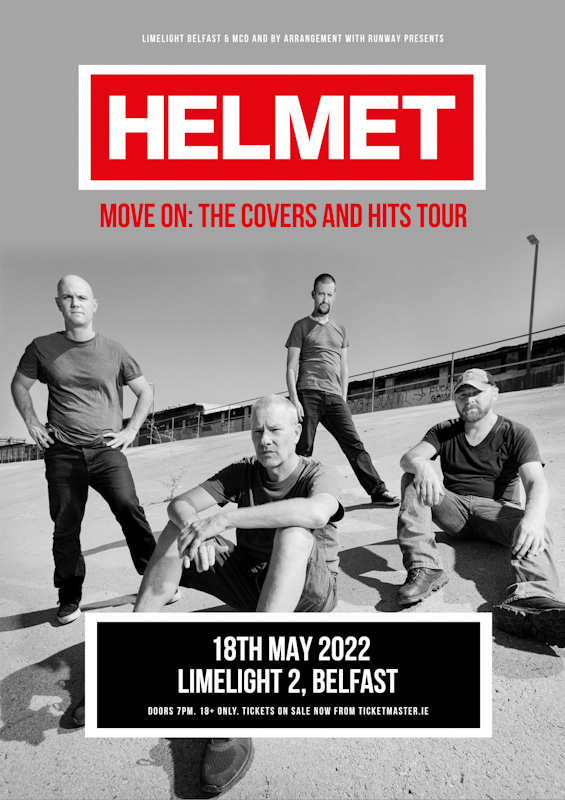 Tickets on sale now from ticketmaster.ie

Breathe - The Pink Floyd Experience are playing Belfast's Limelight, Saturday, March 9th 2019. Breathe formed in 2015 when a group of Irish session musicians came together over a shared love of Pink Floyd and...

Mexican acoustic rock guitar duo Rodrigo y Gabriela are pleased to announce a headline Belfast show at The Limelight 1 on Saturday 21st September 2019. Five years since their last album, they are ready to...