Today, U.K. indie-pop phenom Cavetown announces his fall 2022 European and U.K. headline tour, featuring support from Tessa Violet and Orla Gartland for select dates. The tour will kick off on October 11th, where Cavetown will be playing his biggest shows to date in London, Paris, Berlin and more. This announcement follows Cavetown’s recent sold-out North American run with over 25+ dates and over 55,000 tickets sold on this run alone.

Cavetown’s rapidly growing following has amassed over 2.3 billion streams to date, with more than 8.4 million monthly Spotify listeners and 1.9M YouTube subscribers. His most recent release, “Fall In Love With A Girl (ft. beabadoobee) is out now, and you can listen BELOW:

Since the age of 14, Cavetown has created self-produced songs both intensely diaristic and touched with offbeat imagination. Now 22, the Cambridge-based artist otherwise known as Robin Skinner has emerged as one of the preeminent voices in the DIY bedroom pop scene, with more than 2.3 billion global streams to date, including 8.4 million monthly Spotify listeners and 1.9 million YouTube subscribers.

He did so without a viral hit or easy gimmicks but a rather pure heart, filling his YouTube channel and Bandcamp with a mix of covers and original music he wrote and self-recorded in his bedroom. With the release of his 2018 breakthrough album Lemon Boy, Skinner’s unassuming yet captivating personality took the internet by storm, catapulting him to become a go-to collaborator for bedroom pop mainstays mxmtoon, Chloe Moriondo, and Tessa Violet, plus selling out major venues across the U.S. and U.K. as well as taking the stage at leading festivals like Lollapalooza and Reading & Leeds. In 2020, he unveiled his major-label debut album, SLEEPYHEAD, followed by his most critically-acclaimed EP to date, Man’s Best Friend, which earned global praise.

Tickets on sale Fri 20th May 10 am from ulsterhall.co.uk & ticketmaster.ie 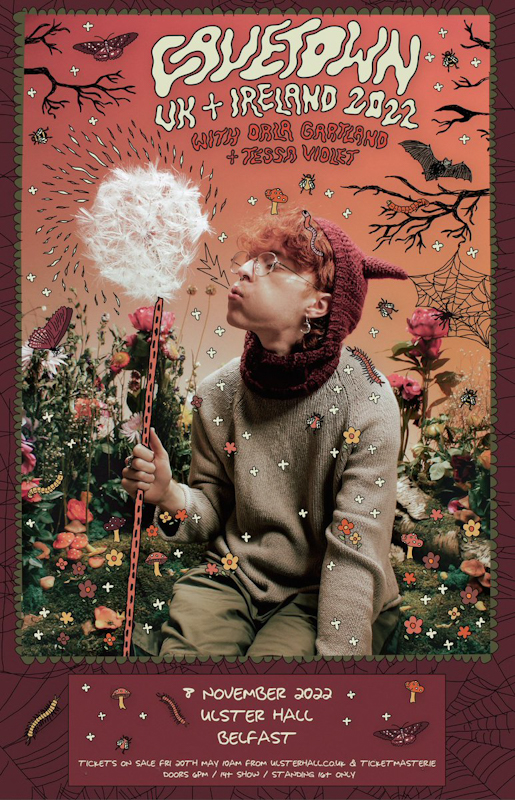 See a full list of dates below, and stay tuned for much more from Cavetown in 2022.

The Skids and Big Country announce a co-headline show at The Limelight 1 on Friday 30th November 2018. Scotland has given the world many iconic bands – among them and currently riding high on renewed...

A 10 pm arrival on a Saturday night. A well-oiled, sold-out crowd. The echoes of an opening half-hour set from Bo Ningen vocalist Taigen Kawabe’s hip-hop side project still permeating the air. Two years of...

The Mercury Prize-winning, chart-topping band alt-J have shared their heartfelt new track “Get Better”, the second glimpse into their forthcoming album The Dream, set for release on February 11, 2022, via Infectious Music/BMG. The band have...