Today Xs Noize is pleased to premiere ‘Wait In The Car’, the new single from the striking forthcoming Scott Matthews album ‘New Skin’.

With its soaring synthesizers and ambient electric guitars resonant of the Cocteau Twins, the emotional resonance and driving energy of ‘Wait in the Car’ will inhabit a place in every soul as Matthews masterfully interlaces melancholy and euphoria.

New Skin. It’s not just a title. It’s a state of mind, an accurate summation of the position in which Ivor Novello Award-winning songwriter Scott Matthews finds himself with the release of his seventh studio album.

The man who specialises in conveying the emotional complexities of love and loss in sparse, warm-hearted acoustic songs has shed another skin. Reborn in a new guise, circumstances have forced fundamental reinvention.

Covid-19 was the catalyst. A life-changing event that forced Matthews to reassess, he decided to scale a musical Everest, setting himself new challenges, digging deeper than before to find new ways to communicate through song. Unable to tour or collaborate with musicians, he had only his own head space in which to operate. And so, he created ‘New Skin’, a daring and audacious record swathed in Eno-esque electronica and Thom Yorke-centric uncovering that channels the driving energy of ‘80s Springsteen. Rock and ambient. Acoustic and electro. Matthews fuses insistent guitars and pulsing beats with the sort of angular, early ‘80s synths that Vince Clarke pioneered. It is bold and fearless, experimental, and compelling. ‘New Skin’ inhabits a rare terrain.

Lyrically Matthews has set sail on a new voyage of discovery. Poetic lyrics are revealing of a man who continues to excel in describing the way people feel at a particular moment in time. There is beauty, of course, there always is, as Matthews dances beneath the stars, answering his own heady haze of questions.

‘New Skin’ is a record that Matthews has been working towards for six or seven years. Around the time of ‘Home Part I’, the first of a deft and beautiful two-part song cycle, he imagined this voyage. Yet in truth, the record goes back even further. Songs that somehow felt out of place on earlier Matthews’ records have come together here, to become greater than the sum of their parts. ‘My Selfless Moon’, for instance, was written at the start of his career.

“It’s been in formulation for some years. With every record, you are dictated to by the context or mood. It just so happens that every record I’ve made there’s always been a pool of songs that didn’t quite fit in. It feels fitting for all those rogue songs that weren’t sure of their place to have finally come together.”

The title track opens the record courageously, with vocals that shimmer above pulsing beats and ambient synths. It is the start of a mystery tour, a venture into unchartered lands. ‘New Skin’ is a record that takes more risk than the rest of Matthews’ canon. The man who has mastered the melancholy song has become wilfully experimentative. Scott’s self-created samples co-mingle as he programmes and plays some sort of new wave symphony.

“I felt I had to break the mould I’d cast myself in. The desire to explore an idea that was always written in bold on my ‘to do’ list - a world of organic samples, programmed beats, grainy synthesisers, electric baritone guitar has always fascinated me. It was like discovering the ‘80s for the first time.”

Yet there are echoes that will resonate with long term fans. The Matthews’ DNA is ever-present, with uplifting choruses soaring like a red kite, with beautiful mellifluous vocals breathing life into poetic verse. If earlier works were a nod to the genius of Drake and Martyn, Paul Simon and Jeff Buckley, this is more playful altogether. He channels his inner Boss with new and vibrant energy.

“The further away from the 80s I get, the more appreciation I have for it in a musical sense. Being the writer and the musician, you are responsible for your actions. You’re controlling the listener’s feelings in that moment. I was conscious of wanting people to feel that sense of urgency and charge in themselves and to break the shackles.” 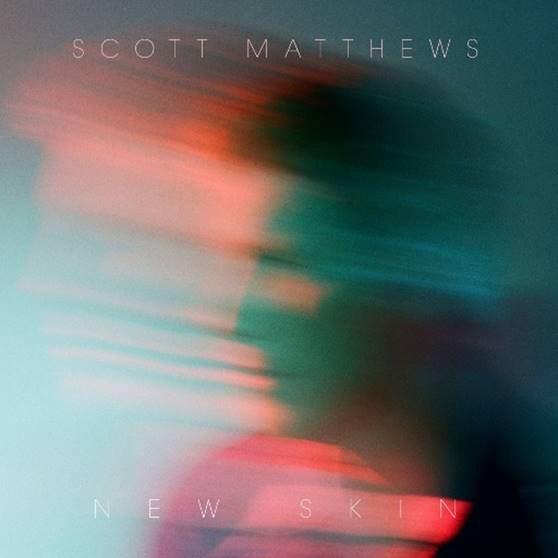 It's been 14 years since the release of Matthews’ stunning debut, ‘Passing Stranger’, a record that prompted tours with the Foo Fighters, Robert Plant and Rufus Wainwright and earned his Ivor Novello for the timeless ‘Elusive’. Since then, through the daring ‘Elsewhere’ and the immersive ‘What the Night Delivers’, through his affectionate ‘Home’ Part I & II song cycle and his thoughtful and elegiac ‘The Great Untold’, Matthews has refined his craft. Having mastered the art of the song, he’s given himself permission to take flight by making a record that will surprise and astonish, delight and mesmerise.

Yet for all his adventures in electronica, ‘New Skin’ is at heart a record of classy songs. Yes, the treatment is different. Yes, it will take listeners into a new space, just as it provided Matthews with new aural adventures. Yet above all, it’s a collection of songs written by one of our greatest craftsmen.

Singular Artists proudly presents Scott Matthews plus guests live at Unitarian Church, Dublin, Saturday 13th March 2021. Tickets €20.00 on sale now from here. The singer/songwriter has challenged himself creatively during a career that has...