With live touring on pause, PUP has decided to release a live album this week, for one day only. Live at The Electric Ballroom will be available on Friday, July 3rd, exclusively on Bandcamp for #BandcampFriday. The album’s audio was recorded in London last year, where the band filmed this incredible “ Morbid Stuff ” live video, and 50% of the record’s proceeds will be donated to Critical Resistance + Breakaway Addiction Services in Toronto.

PUP on releasing Live at The Electric Ballroom:

“We never planned on putting these recordings out, because we expected them to suck. They were mostly just for ourselves, to mark what we considered to be a pretty big moment in our careers. But turns out, they suck a bit less than we expected. So in typical PUP fashion, we made a plan to release them in a self-sabotaging, stupid way. The record will be sold for one day only. After that, it’s gone. Everyone we work with told us it’s a terrible idea. And they are definitely right. But one of the reasons we love working with them is because sometimes they agree to let us fuck up on our own terms, and rally behind us in a supportive way. Thanks, guys.”

In addition to releasing Live at The Electric Ballroom, PUP has kept themselves busy during quarantine by making a socially-distanced live video for new track 'Anaphylaxis' - Watch below:

Riot Fest in Chicago just announced its initial lineup for 2021, and PUP will be performing -- hopefully without their Morbid Stuff masks. Get your tickets HERE. 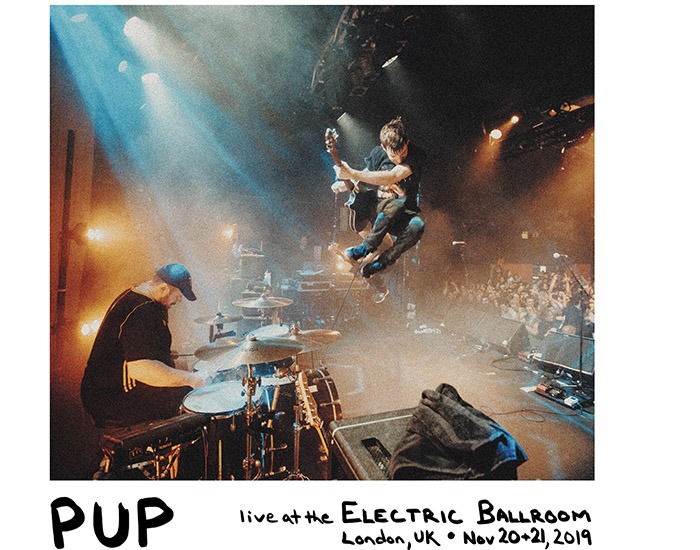 3. My Life Is Over And I Couldn't Be Happier

4. Back Against The Wall