Tom Grennan will perform live to fans around the world at an exclusive interactive virtual performance in partnership with inKlick x Metropolis. Streaming live this Friday, February 5th at 7 PM GMT, access to the show will be available to all fans who pre-order Tom’s forthcoming new album ‘Evering Road’ HERE.

The first fans to make it into the gig will be in with a chance to appear live on screen in front of Tom and interact with him and his band in real-time throughout the show.

Tom Grennan says: “I’ve missed performing live so much and am buzzing to get back on stage again. I’ve got something super special planned and cannot wait to see you all singing along with me at home!”

Tom is set to debut brand new music from his anticipated second album ‘Evering Road’, due for release March 5th via Insanity Records. Fans can look forward to new single ‘Little Bit Of Love’, described as "a song that almost yanks your arms aloft, Grennan's return could be his first No.1." by the Guardian, soaring first single ‘This Is The Place’, described as “epic” by the NME, the soulful ‘Oh Please’ which saw The Sun tip Tom as “the ultimate Gen Z rockstar”, the gospel-tinged ‘Amen’ and a new anthem for hope and optimism, ‘Something Better’.

The exclusive performance follow’s Tom’s triumphant return to Brixton Academy in 2020, having previously sold-out the iconic venue upon release of his breakthrough debut album ‘Lighting Matches’, the virtual show marked a welcome return, with Tom’s performance compared to “early Tom Waits: the same tender caress of the piano, the same barfly world-weariness. Boy, has he got some lungs" by The Telegraph.

Throughout the lockdown, Tom’s boundless enthusiasm for performance and connection has prevailed. As well as his phenomenal performance at Brixton Academy, Tom recently featured on ‘Summer In The City’, the lead track from Fraser T Smith’s new album, performed an exclusive live-streamed gig at The Holy Trinity Morgan Church in London and headlined Newcastle’s Virgin Money Unity Arena - a landmark show at the UK’s first-ever socially distanced venue. 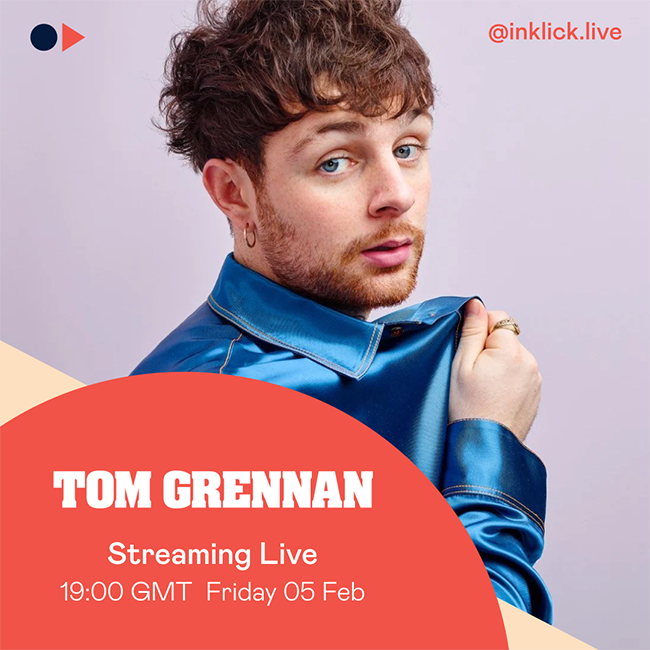 Forthcoming album ‘Evering Road’ will follow ‘Lighting Matches’, Tom’s breakthrough debut that cemented him as one of the UK’s most vital and exciting new artists, and one of the Top Ten best-selling debut albums of 2018. A UK Top Five UK Gold-certified record, ‘Lighting Matches’ has amassed over a quarter of a billion streams and won over thousands of fans at festivals including Reading And Leeds, Isle Of Wight, TRNSMT, Latitude and a host of other events.

The news follows Tom’s performance on The Graham Norton Show with Ella Henderson for their new single ‘Let’s Go Home Together’ which is currently climbing the UK and Irish charts. The track is a new...

UK singer-songwriter Tom Grennan is pleased to announce a headline Belfast show at The Limelight 2 on Sunday 28th October 2018. Tom’s new single ‘Sober’ is out now and his debut album ‘Lightening Matches’ is...