Charlatans frontman, Tim Burgess is pleased to announce a headline Belfast show at the Ulster Sports Club, Belfast on Wednesday 14th April 2021. Tim recently released his new solo record ‘I Love The New Sky’, the follow-up to 2018’s ‘As I Was Now’. Unlike its predecessors, all tracks were written solely by Burgess, though there are musical contributions from Thighpaulsandra, the Echo Collective string section and Grumbling Fur’s Daniel O’Sullivan, who also produced the record.

How inspiring it is to hear Tim Burgess conjuring up exciting and life-affirming sounds as he, almost inconceivably, enters his fifth decade on public duty. Frontman, singer, label boss, DJ and author, he’s been instrumental in so many great records over the years, always bringing enthusiasm, positivity and diversity of influence, which altogether light the way for those who hold him, dear.

While in The Charlatans, Tim’s indefatigable energy has been a consistent fuel for the band across thirteen high-charting albums, his solo adventure has been no less extraordinary, scaling new heights in 2020 with his fifth solo release to date: ‘I Love The New Sky’. Released on Bella Union, it features wonderfully connective songs of everyday minutiae and universal experience, of love and anger, of loss and belonging, all united by elaborate yet natural arrangements and an effortless but deceptively expert way with melody.

‘I Love The New Sky’ differs from its predecessors in that all twelve tracks were self-penned. “In the past, I’ve written collaboratively,” says a characteristically, but rightfully excited Burgess. “(2012’s) ‘Oh No I Love You’ was written with Lambchop’s Kurt Wagner in Nashville, and then ‘Same Language, Different Worlds’ was a collaboration with Peter Gordon who had worked extensively with Arthur Russell.”

Tim is in no doubt that he has his finest solo record under his belt. On this occasion, it’s coming out on time, and he’ll be touring it with a live ensemble featuring Daniel O’Sullivan, Thighpaulsandra, another O Genesis artiste called Keel Her, and renowned avant-jazz violinist Peter Broderick, who plays on ‘’Empathy…’ and will recreate the Echo Collective parts, too. So, the community will grow. Just like Tim says, “the future is friendly.”

Tickets on sale Friday, July 17th @ 10 am from www.ticketmaster.ie 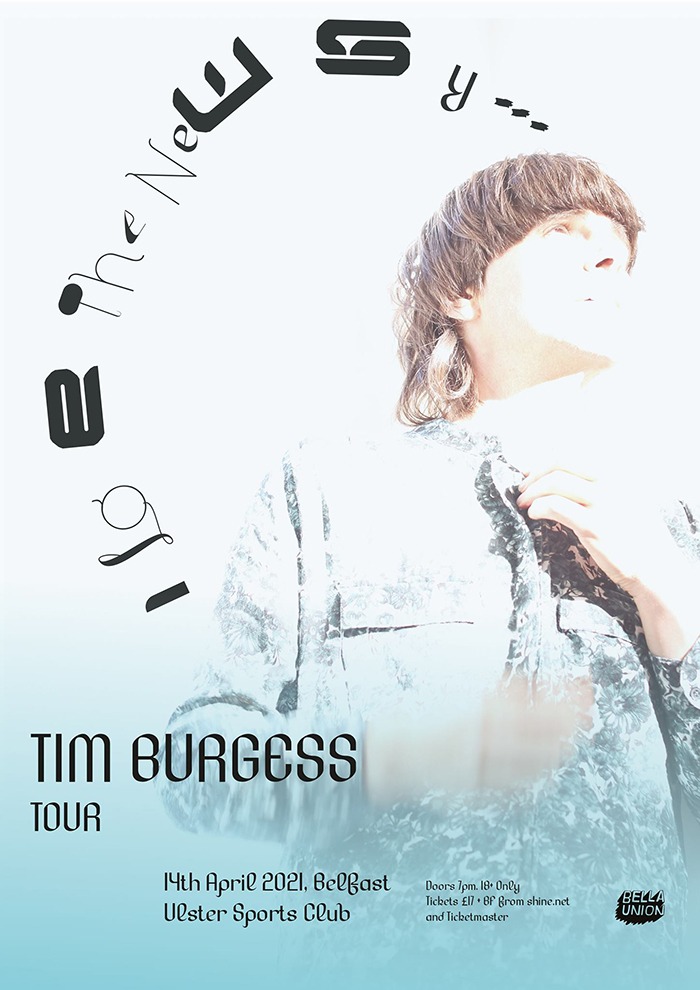 Castlerock five-piece Brand New Friend will play a headline show at The Limelight 2 in Belfast on 21st September 2019 – the final gig of their ‘Nothing Stays the Same’ tour. Mark Millar caught up […]

Simple Minds will be taking their new album SIMPLE MINDS ACOUSTIC (out now) on the road in June 2017. The band play Belfast’s Waterfront on June 6th & Dublin’s Olympia Theatre on June 7th. This […]

Camden Ska Legend’s Madness took to the stage in Belfast’s iconic Custom House Square last night with a sea of fez’s greeting them. Our Photographer Conor Kinahan was there to capture the night.     […]