Today, Mike Skinner has shared the official video to his new single 'I Wish You Loved You As Much As You Love Him ft. Donae'o & Greentea Peng' - the second track from his forthcoming mixtape None Of Us Are Getting Out Of This Life Alive. Made entirely by Mike himself, the video is a multi-faceted visual shot with an unmistakably British backdrop, featuring the two artists with whom he wrote the single. He says, "This video took me 6 weeks to make! I learned a new skill on this lockdown".

Previously talking about the track, which premiered as Annie Mac's Hottest Record on BBC Radio 1, Mike explained, "This is a summer club song. Knowing that Donae'o is the king of UK Funky music - match made in heaven. Greentea Peng was the perfect foil for this, her melodies are unique and she's wicked".

Watch 'I Wish You Loved You As Much As You Love Him' - BELOW:

The original plan had been to release a TONGA album (the balloon filled rap, grime and dubstep party by Mike and Murkage Dave, which had been a series of shoobs to remember). Copenhagen to Manchester to Berlin. Brum to Brixton. Usually arriving with a coterie of legendary UK figureheads and gobby upcomers in tow, like Kano, Giggs, Jammer or Jaykae, the pulsating essence of the nights needed to be immortalised.

But as night moved to day, and day moved along to night, it… just didn’t happen. Instead, a new mixtape None Of Us Are Getting Out Of This Life Alive steps up to take its place. Recorded between work on the accompanying film to The Streets new album, it is the unpredictable sonic continuation of those parties.

Taking in UK Funky and twilight zone UK rap, and with guest spots ranging from Grammy-nominated psychedelia sovereign Tame Impala to cult south London rapper Jesse James Solomon, as well as 2019's key-fiend-friendly drum’n’bass collab with Chris Lorenzo, None Of Us Are Getting Out Of This Life Alive is the most eclectic and highly collaborative collection of songs from The Streets yet. Or as Mike puts it with characteristic distinction: "it’s really just a rap duets album."

The inclusion of, say, Mercury Prize-nominated punk group IDLES (who perform what Mike describes as a sea-shanty tinged track inspired by an overnight ferry to Dover) and teenage wünderkind Jimothy Lacoste help ground things firmly in the here and now. But there are familiar faces of the past too. Birmingham legend, Dapz On The Map, pops up on murky rap track 'Phone Is Always In My Hand'. While Rob Harvey, previously of The Music and Skinner collaboration The D.O.T, tunes into pensieve penultimate track 'Conspiracy Theory Freestyle'. Full tracklisting and featured artists detailed below: 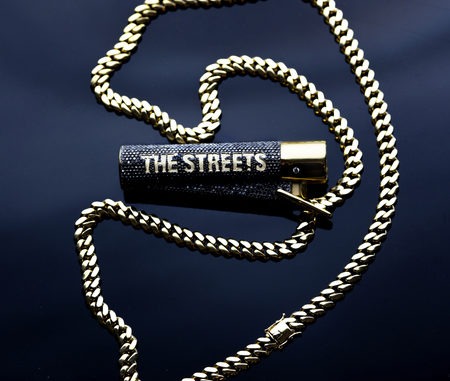 1. Call My Phone Thinking I'm Doing Nothing Better (ft. Tame Impala)
2. None Of Us Are Getting Out Of This Life Alive (ft. IDLES)
3. I Wish You Loved You As Much As You Love Him (ft. Donae’o and Greentea Peng)
4. You Can't Afford Me (ft. Ms Banks)
I Know Something You Did (ft. Jesse James Solomon)
6. Eskimo Ice (ft. Kasien)
7. Phone Is Always In My Hand (ft. Dapz on the Map)
8. The Poison I Take Hoping You Will Suffer (ft. Oscar #Worldpeace)
9. Same Direction (ft. Jimothy Lacoste)
10. Falling Down (ft. Hak Baker)
11. Conspiracy Theory Freestyle (ft. Rob Harvey)
12. Take Me As I Am (with Chris Lorenzo)

Mike Skinner has today announced The Streets will embark on a new run of UK dates in early 2019. The news arrives fresh off the back of his sold-out The Darker The Shadow The Brighter...

Today, following a world premiere from Annie Mac as her Hottest Record on BBC Radio 1, 'Call My Phone Thinking I'm Doing Nothing Better'has released a new single as The Streets; the first taster of...

Today, following a world premiere from Annie Mac as her Hottest Record on BBC Radio 1, 'Call My Phone Thinking I'm Doing Nothing Better'has released a new single as The Streets; the first taster of...