The Oh Yeah Music Centre has announced details of this year's NI Music Prize event and line up. After a year away from the stage due to Covid-19, the event will return to the Ulster Hall on November 17th. The Prize which honours and celebrates the very best of new, established and emerging Northern Irish music is an annual awards night organised by the Oh Yeah Music Centre.

The evening will include performances from shortlisted artists including Amy Montgomery, Dani Larkin, New Pagans and TRÚ.

The show will also feature guest performances from Ryan McMullan and Ash, plus Sasha Samara will perform as last year’s winner of the BBC ATL Introducing Contender Award.

Rigsy (DJ & Broadcaster) and Gemma Bradley (Presenter, BBC Radio 1 Introducing and ATL) will present the show. There will be guest contributors, with live announcements and presentations. 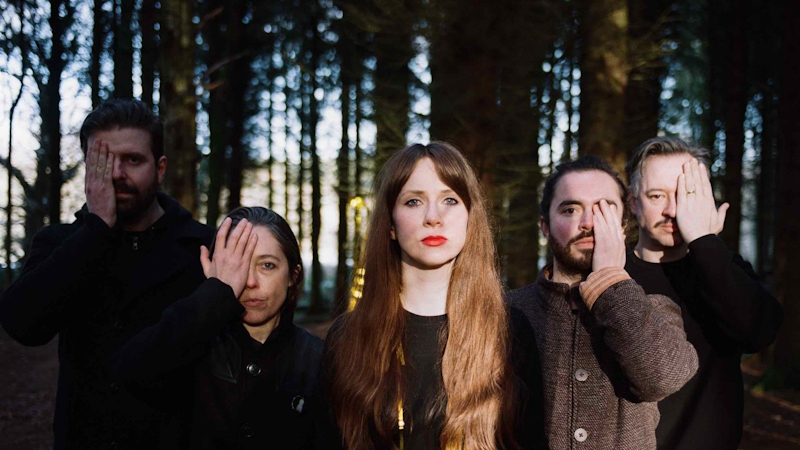 This year the event will also celebrate the work of Help Musicians to thank the charity for the support it has given to musicians throughout the pandemic. Help Musicians is a charity that loves music and for 100 years has been working hard to make a meaningful difference to the lives of musicians across the UK. Sadly, the pandemic has meant it's been needed more than ever. Since March 2020, the charity has provided financial hardship funding to help musicians survive while live music was paused; this monthly support helped nearly 800 musicians in NI. Moving forwards, Help Musicians is increasing its practical help to support musicians back into work.

Commenting on this year’s event, Charlotte Dryden from Oh Yeah said: "It has been a long and challenging twelve months for musicians. That is why this year is such an important coming together, not just to celebrate the great wealth of talent that has produced world-class records throughout the pandemic, but also to thank and let the music community take a moment to reflect, start to rebuild and look to the future. It’s going to be a very special evening indeed.”

Dan Chalmers, Director of YouTube Music EMEA said: “Supporting new musicians has never been so important after the very difficult times we have been through and with access to live music challenged. We are proud to sponsor such an important moment celebrating the best music coming out of Northern Ireland and we look forward to an especially poignant and celebratory event”.

The NI Music Prize takes part during the annual Sound of Belfast, a festival that celebrates the music of the city, from grassroots to established names. It runs 4th – 18th Nov and there are over 50 events in 11 venues featuring 56 artists. All events can be found at www.soundofbelfast.com

A very limited number of tickets will go on sale at 10 am on Friday 22nd October from The Ulster Hall at https://www.ulsterhall.co.uk

NI Music Prize 2021
Wednesday 17th November
Live at the Ulster Hall and Streaming on YouTube.
Celebrating a year of music from NI.

Tickets on sale at 10 am on Friday 22nd October from The Ulster Hall at https://www.ulsterhall.co.uk 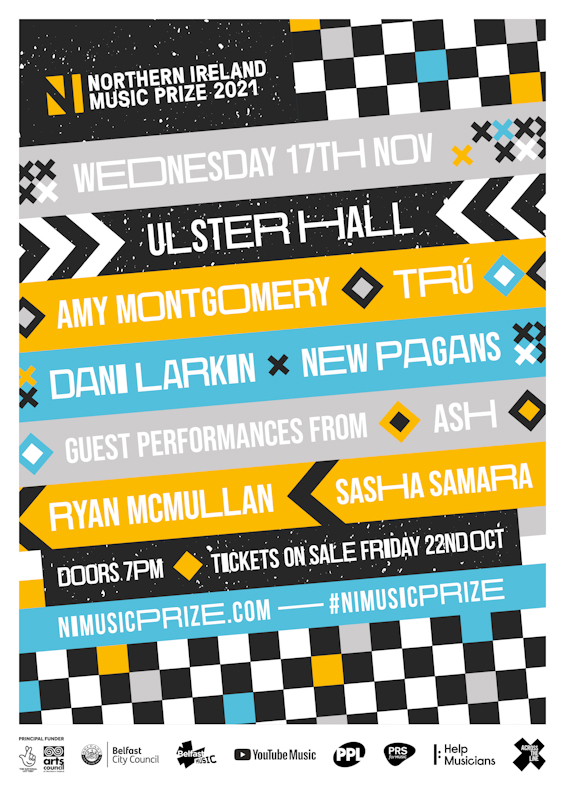 The NI Music Prize has confirmed that this year’s awards will go ahead with an online broadcast on November 12th. The event, which will take place at the Oh Yeah Music Centre, will be a...

Irish singer-songwriter Amy Montgomery is pleased to announce a headline Belfast show at Ulster Sports Club on Saturday 9th May 2020. The first thing that grabs your attention about Amy Montgomery (apart from her Bohemian...

James Atkin has released his fifth full-length solo release, SONGS OF RESISTANCE. Created during the 2020 pandemic lockdown, this album mirrors and reflects the current climate, the big questions and recent issues facing everyone on...