To celebrate the announcement, The National will share their D.A. Pennebaker and Chris Hegedus-directed film, “The National – High Violet Live From Brooklyn Academy of Music (BAM),” shot May 10th, 2010, the night before the release of the album. Fans can watch the performance beginning at 22.00 BST / 17:00 PM EDT today on the band’s YouTube channel (LINK).

The band also announced this week that all profits from their webstore and fan club enrollment will be directed to subsidizing the lost wages for their twelve crew members until the end of this crisis. “Our crew are the lifeblood of our touring operation and have become family through the many years we’ve worked together. As uncertainty looms over the state of the live concert industry, we will direct all profits from merch sales through our webstore, new Cherry Tree fan club enrollments, and sales from the Cherry Tree members-only store to support our crew members throughout this crisis to the best of our ability. Visit Shop.americanmary.com, americanmary.com/cherry-tree, and cherrytreeshop.americanmary.com. 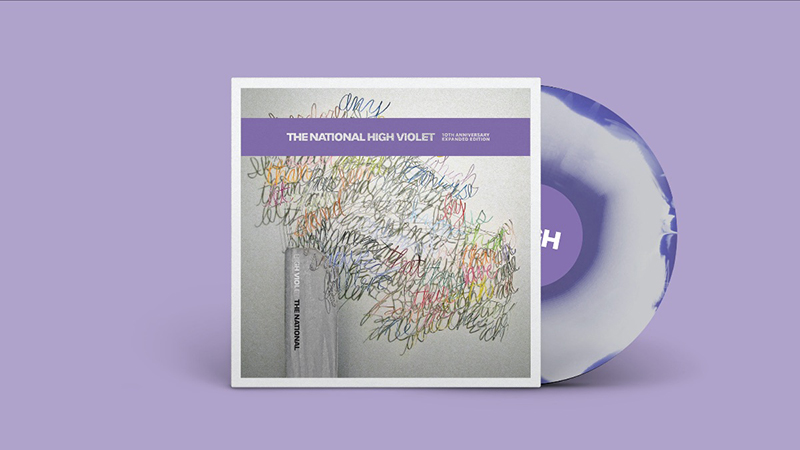 Side B
1. Little Faith
2. Afraid Of Everyone
3. Bloodbuzz Ohio

Side E
1. Terrible Love (Alternate Version)
2. Wake Up Your Saints
3. You Were A Kindness
4. Walk Off

The National recently announced their eighth studio album I Am Easy To Find due out May 17th, and its eponymously-titled companion short film written by Academy Award-nominated director Mike Mills (20th Century Women, Beginners), and […]

After recently releasing their debut album Return To The Moon, EL VY – the duo of Matt Berninger from The National and Ramona Falls frontman Brent Knopf – have released a new video for the […]

The National have shared another album track ‘Light Years’ off their forthcoming album I Am Easy To Find. You can watch the accompanying video below, featuring scenes from the short film ‘I Am Easy To […]