The Killers’ founding member and guitarist Dave Keuning is back with his second solo album, A Mild Case of Everything due out 25th June on his label, Pretty Faithful Records.

The 16-track album - a mix of dynamic guitar riffs, 80s synth-pop and melodic alt-rock - was written throughout 2020 and recorded by Dave in his San Diego home studio. Because of the wealth of material he’s written in the last year, Dave felt it was important to get as much music out as possible and shared three of the tracks with Rolling Stone - “Ends Of The Earth,” “Bad Instincts,” and “No One Is Calling You A Liar”.

Listen to "Ends of the Earth" - BELOW:

“I was just playing acoustic one night and I had those chords,” he says about "Ends of the Earth". “I actually played an electric guitar in Nashville tuning so it’s very trebly sounding. And it really brought out those chords. It came together pretty fast.”

More than 17 years have passed since Iowa transplant Dave Keuning placed an ad in the local Las Vegas Weekly looking to form a band, mentioning Oasis as one of his faves. An eager 20-year-old named Brandon Flowers, who shared Keuning’s love of groups like New Order and the Cure, answered it, only to have Dave promptly hand him a TASCAM-recorded four-track demo of “Mr. Brightside.” The result was the formation of The Killers, who have released five consecutive chart-topping albums and toured the world thanks to a songwriting partnership that moulded such hits as “Somebody Told Me,” “When You Were Young,” “Read My Mind,” and “Human” among others.

Dave released his debut solo album Prismism in 2019, a collection of 14 tracks – with all the instruments, save some drum parts, played by Keuning himself. A Mild Case of Everything again showcases Dave’s multi-instrumentalism, joined by Seth Luloff on drums.

As soon as live music starts up again, Keuning is hoping to get over to our shores for some shows. He told Rolling Stone, “I had a lot of fun playing live last time,” he says. “It’s tricky in a starting band. To get people over to England, for example, I’d love to do again, but I gotta pay for everyone to go over there. I’d love to play America again. And if it seems like there’s an opportunity to go over to England or another country, I’d love to do it.” 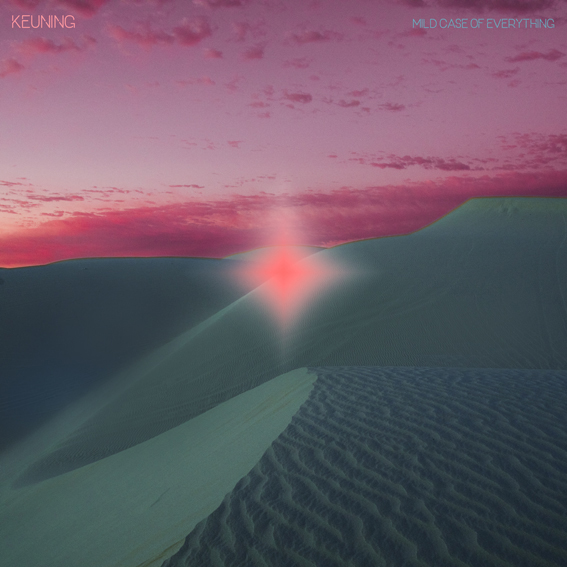 Dave Keuning, a founding member and guitarist from The Killers, has announced a headline Belfast show at The Limelight 2 on Sunday 24th March 2019. The show is part of an 8 day UK tour...

The Killers' DAVE KEUNING shares video for 'Time and Fury' from his forthcoming solo album, out 25th June

The Killers’ founding member and guitarist, Dave Keuning is giving fans another taste of the forthcoming solo album with the release of the “Time & Fury” music video. Directed by Russell Sheaffer, the video features...

ALBUM REVIEW: Dave Keuning – A Mild Case of Everything

Almost two decades ago, Dave Keuning left Iowa and moved to Las Vegas, where he placed an ad in the Las Vegas Weekly, which stated he wanted to form a band and cited Oasis as...