25 years ago today (23rd January 1996), Synthpop legends The Human League released their seventh studio album ‘Octopus’. To commemorate the release, the band are to reissue this iconic album in three new formats.

Originally released in 1995 by EastWest Records ‘Octopus’ was the first new album from The Human League in five years after the expiration of their long-term contract with Virgin Records. ‘Octopus’ was the first album that presented the band solely as a trio consisting of the vocalists Philip Oakey, Joanne Catherall and Susan Ann Sulley. It was produced by Tears For Fears alumni Ian Stanley and former band member Jo Callis and then-current keyboard player Neil Sutton also contributed to the writing of the album.

The album's sound is notable for the nearly exclusive use of analogue synthesizers, a marked change from the primarily digital sounds being used in the mid-to-late 1990’s. At the beginning of the decade and with the completion of the new studio in Sheffield, a new chapter in Human league history was being formulated. Between 1991 and 1995 around 30 demos were put together, some of which eventually found their way onto the album.

The second disc of the double CD package contains some of those sketched out demos, which gives the listener a small glimpse of how the songs on ‘Octopus’ progressed from an embryonic state to their eventual polished form.

The second disc of the double vinyl puts together a small selection of remixes created at the time by some of the biggest named artists in pop and dance. From the Utah Saints giving ‘Tell Me When’ a big dance remix to the hypnotic German trance sounds of ‘Hardfloor’ on ‘Filling Up With Heaven’ and not forgetting the pop elements of Scandinavia with the ‘Ace Of Base’ inspired remix of ‘One Man In My Heart’. Also found in the vaults and being released for the very first time is ‘The Beloved Purple Mix’ of ‘Tell Me When’.

‘Octopus’ saw a return to the public eye for the band, who had been out of the top ten since their 1986 album ‘Crash’. ‘Octopus’ was a commercial success. The first single, ‘Tell Me When’ became the band's first top-ten hit in nine years, peaking at number six in the UK singles chart, with the second single ‘One Man in My Heart’ also breaking into the top twenty. The album also saw similar chart success, also peaking at number six in the UK and becoming the band’s sixth consecutive top-ten album. 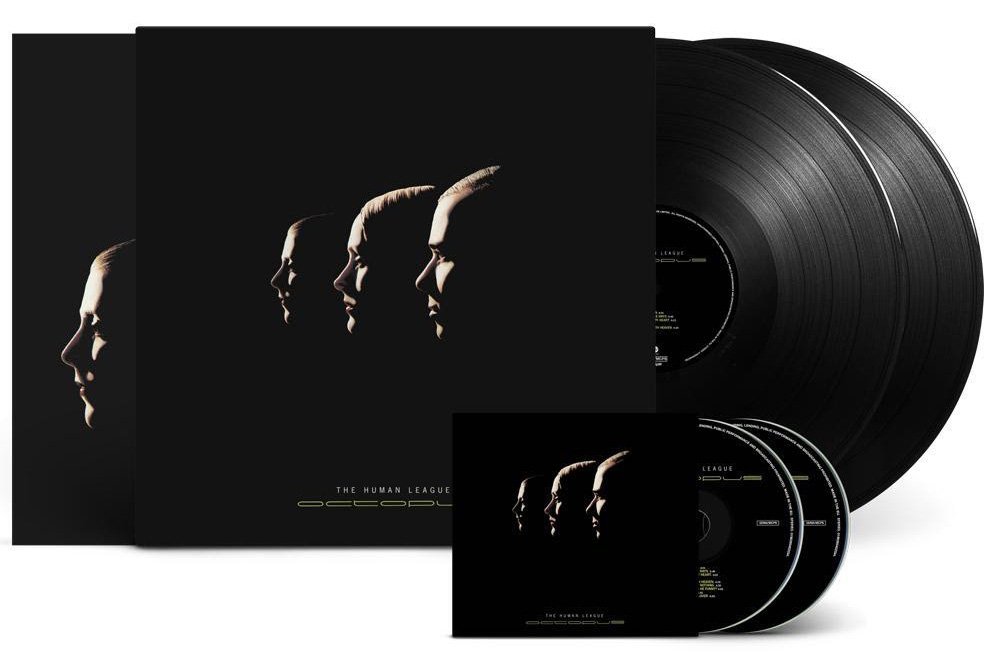 These Are The Days

One Man In My Heart

Filling Up With Heaven

John Cleese; Is He Funny?

Tell Me When (Utah Saints Mix 1)

Stay With Me Tonight (The Biff & Memphis Remix)

These Are The Days (Sonic Radiation)

Filling Up With Heaven (ULA Remix)

Tell Me When (The Real Purple Mix)

These Are The Days

One Man In My Heart

Filling Up With Heaven

John Cleese; Is He Funny?

Tell Me When (Demo)

These Are The Days (Demo)

One Man In My Heart (Demo)

Filling Up With Heaven (Demo)

Housefull Of Nothing (Demo)

John Cleese; Is He Funny? (Demo)

The Bus To Crookes

Stay With Me Tonight (Single Version)

Behind The Mask (YMO vs THL)

Deacon Blue returned to a packed crowd last night at Belfast's Waterfront venue. They are riding on the recent success and commercial renaissance of their brand new album "Believers" which saw the band achieve their...