Following the lauded release of their subversive 3 track ‘Lout’ EP earlier this year, The Horrors today announce another EP ‘Against The Blade’ alongside the release of its title track, out now via Wolf Tone/Fiction. Following the EP’s release on November 5th, The band will also host 3 special ‘The Horrors Present: Metal Rain’ live shows this November/December in Bristol, Manchester and London.

“The ‘Against the Blade’ EP is a further descent into chaos” says singer Faris Badwan; “it’s about the freedom that comes with abandoning all hope, giving up control, and accepting that you will always be at odds with the world around you."

Much like ‘Lout’, the ‘Against The Blade’ EP is industrial-edged and a notable sonic departure from the band’s critically acclaimed 2017 album ‘V’; “Once the ball started rolling with writing Lout I liked the idea of challenging the band to push all the song’s in as extreme a direction as possible” says bassist Rhys Webb.

Having enlisted the talents of indie and pop superproducer Paul Epworth on ‘V’, the ‘Against The Blade’ EP again sees The Horrors return to their past DIY methods of self-production, albeit under unusual circumstances due to the pandemic, as Rhys explains; “‘Against The Blade’ and ‘Twisted Skin’ were both written in Southend-on-Sea over lockdown, it’s the most DIY music we’ve ever made. The first demos were written in my bedroom and work continued in Joe’s studio The Bunker, which is a shipping container that overlooks the estuary. The only element recorded in an actual studio were the vocals, we even recorded guitars in my front room.”

While the first two tracks on the EP dive headfirst into industrial rock, ‘I Took a Deep Breath and I Kept My Mouth Shut’ is a monstrous piece of techno and an expression of The Horrors’ long-standing obsession with dance music, produced in collaboration with Cardopusher and Manni Dee.

This new approach was a refreshing change for Faris; “There’s something about our recent writing that has felt really free and liberated, like being let off a leash - slightly ironic given the fact that lockdown forced us into certain ways of working.”

​​”This almost feels like a new band now - a new beginning right in time for the apocalypse.”

Like ‘Lout’, the ‘Against The Blade’ EP is accompanied by striking visuals made in collaboration with a creative team led by Bunny Kinney, with new visuals shot by acclaimed fashion photographer Till Janz, featuring Isamaya Ffrench - Watch BELOW:

The Horrors are one of the most enigmatic and progressive bands to have emerged from the early 00s indie scene. After bursting into a crescendo of hype around their garage-rock revivalist singles ‘Sheena Is A Parasite/Jack The Ripper’ and their 2007 debut Strange House, the band subverted all expectations with their lauded followup Primary Colours, a psychedelic, krautrock-infused masterpiece celebrated with a 10 year anniversary show at the Royal Albert Hall in May 2019. The maximalist, arena-ready Skying (2011) and Luminous (2014) further proved that The Horrors were worth far more than their early shock value. 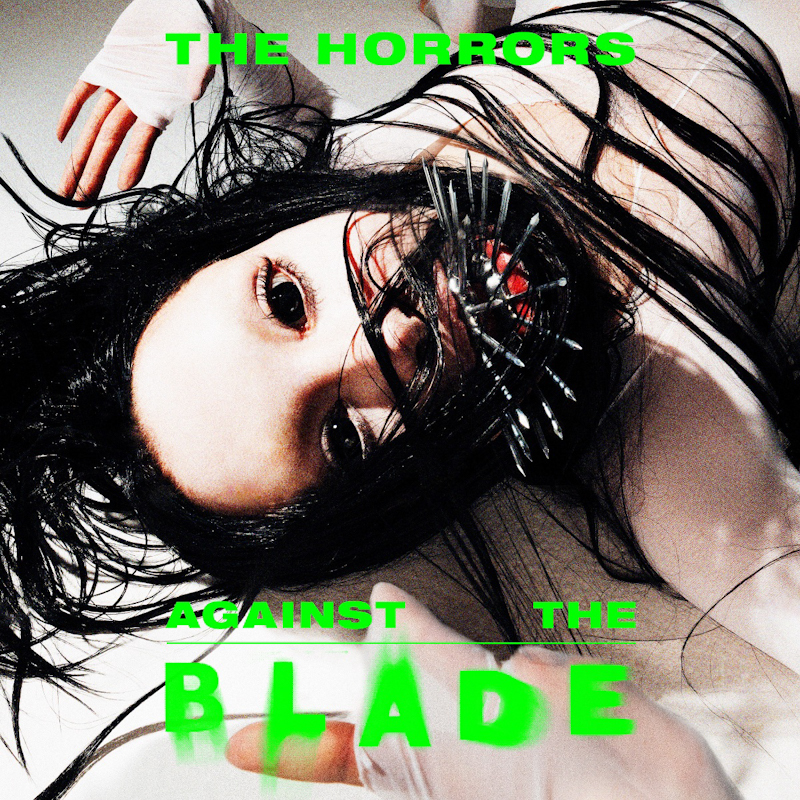 THE HORRORS - Reveal striking yet strange new video for 'Something to Remember Me By'.

The Horrors have revealed a striking yet strange new video for 'Something to Remember Me By'. Director Max Weiland said: “this video is a comment on society’s obsession with celebrity and the music industry’s attempt...

The Horrors today announce their first release in three years, as they reveal their new single ‘Machine’. The industrial, dark and brooding opus shows the band in all their idiosyncratic, magisterial glory. LISTEN HERE: ‘Machine’...

The Horrors are delighted to announce that they will be playing a Primary Colours 10th-anniversary show at the Royal Albert Hall on Thursday, May 9, 2019. The gig will be an exclusive UK performance and will see...