The Futureheads announce  ‘Powers’, their sixth studio album and their first electric guitar release in almost a decade will be released on 30th August. Recorded and self-produced at Newcastle’s First Avenue Studio, ‘Powers’ is a record that looks “at the balance of power in a personal, political and relational sense” and puts it to some of the most vital, invigorated material the band have made since their first steps.

Lead single ‘Jekyll’ received its first radio play on 1st May from 6Music’s Steve Lamacq and has since been played by Marc Riley (the band are in session on 5th June) and Shaun Keaveny, who made it his single of the week. It has been played by Radio X’s John Kennedy who made it his X-Posure show’s ‘Hot One’, and when Felix White sat in for him, he interviewed the band.

Having first emerged at the start of the ’00s amidst a burgeoning swarm of guitar bands, the Sunderland quartet, with their proud regional accents and spiky, playful sensibilities, stuck out from the off. Over the following decade The Futureheads – comprised of vocalists and guitarists Barry Hyde and Ross Millard, vocalist and bassist David ‘Jaff’ Craig and vocalist and drummer Dave Hyde – amassed five critically-acclaimed albums, headlined countless tours and earned an NME Single of the Year accolade for their iconic cover of Kate Bush’s ‘Hounds of Love’.

Returning with ‘Powers’, the band’s aim is one of forward motion not nostalgia; though the quartet could probably rely on the successes of old to push them through the next couple of festival seasons, that isn’t – and hasn’t ever – been the point. “Obviously it’s an absolute privilege to come back and still have fans and that’s something to cherish,” Ross says, “but I also think we’ve got a bit of a job to do about letting people know that there’s more to this band than you might have thought.”

It’s a risky statement, but one that’s confirmed immediately once you press play. Across the album, the band push further, melodically and lyrically, than ever before; there’s no safety net here, but a band putting everything out there and driving it to the wire again. “I love the thing Bowie said about how an artist should be slightly out of their depth because that’s when you get the good stuff,” Barry affirms. “Or as David Lynch says, ‘If you want to catch the big fish, you’ve got to go deep.’”

The frantic rattle of ‘Headcase’ and its emotional flipside ‘Animus’ – one rooted in mania, the other depression – find the singer dredging down to the problems that put a stopper on the band in the first place. “My main thing was about accepting how my mind works and then trying to love that. The danger of mental illness is becoming trapped in something like depression; you can’t stay manic for too long, you end up sectioned or probably dead because you become so uncaring about your own safety,” he explains. “I’m not a victim of my own mind anymore; I take responsibility for my mind and my actions, and those two songs speak to that.” Conversely, the elegiac ‘7 Hours, 4 Minutes’ is a love song to his partner and young daughter that’s more literal and sentimental than anything they’ve ever penned: “We had a home birth, she had a paracetamol and that was it. At midnight her waters broke, and then Nico my daughter came at four minutes past seven. That song’s a little monument to my first born.”

The album’s propulsive, scattershot lead single ‘Jekyll’ comes laden with a self-professed “monstrous riff for monstrous, preposterous times”, but it’s perhaps the stream-of-consciousness, spoken word diatribe of ‘Across the Border’ that lands the biggest hammer-blow in terms of unapologetic, outraged social commentary. “As a band, we were always interested in personal politics and behaviour, but we never spoke about the state of the nation or big picture politics,” Ross begins, “but in the meantime the world’s changed so much and there are things to really kick against. We live in a region that’s somehow or other been tagged as the poster boy for Brexit, and the misinformation and aggression that this referendum has brought out in people has become a really terrifying thing that I haven’t seen in my lifetime. It’s a defining moment in British politics that’s impossible to ignore if you’re making art.”

Elsewhere across the record, the quartet veer from the wonky stomp of ‘Listen Little Man’ – named after a book by controversial therapist Wilhelm Reich – to the hedonistic white flag of ‘Good Night Out’ via countless other, typically atypical topics. Cumulatively, it’s a record that kicks harder and more intensely than you might have ever understandably predicted. “The record we’ve made is a little off kilter and maybe a little more out of step than you might expect from four lads in their 30s. I think it might surprise people,” smiles Ross.

But if you were ever a fan of The Futureheads, or – just as importantly – if you were never a fan of The Futureheads, you should get the same thing from ‘Powers’: a record that sounds invigorated, with something important to say and an idiosyncratic, exciting way of saying it, made by four people here for all the right reasons. “There’s power and sophistication and simplicity, and it’s bloody hard to play, which I think will keep the shows interesting because we’re on the edge of our abilities with this,” grins Barry. “It’s musical audacity: that’s what this album’s about.”

The band have just finished a successful tour of the UK that included a sold-out show at The Garage, London. This summer they will play festivals across the UK and Europe. Details below. 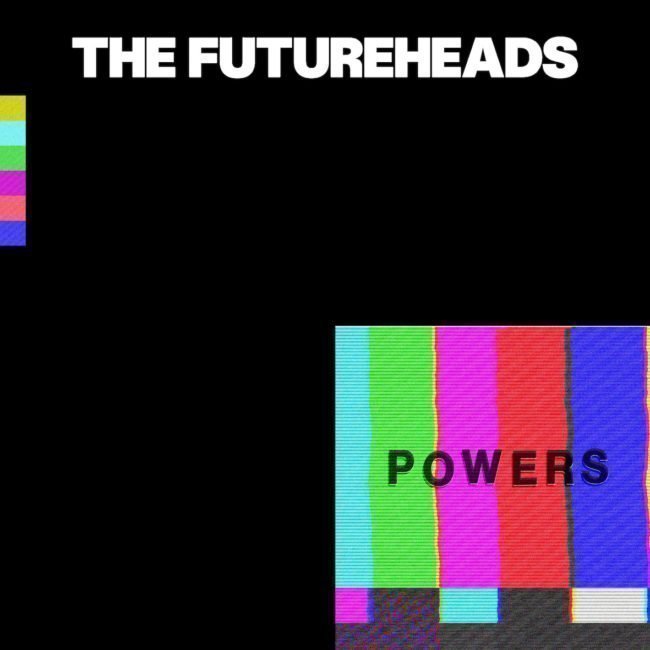 The monthly XS Noize playlists on Spotify bring together the most essential new music of the last month that has been featured on the site. The August 2019 edition features tracks from: Iggy Pop, Temples, […]

Post-punk, sons of Sunderland, The Futureheads have released their first studio album in nine years. Entitled Powers, it is a welcome return of the quick-paced tunes from the Wearside, ‘Mackem’ Boys. “This wasn’t a reunion for […]