The Black Crowes’ Chris and Rich Robinson will herald the thirty-year anniversary of their landmark quintuple platinum debut album Shake Your Money Maker with a UK & European tour beginning October 10 with a show at 3Arena in Dublin. The tour will continue across Europe, as well as 6 cities in the UK. Tickets and VIP packages are on sale this Friday, Feb 7 with presales starting on Wed, Feb 5.

The Black Crowes, will be playing their debut album, described by Rolling Stone as, “a guitar-party cracker that marries Southern R&B crunch and Anglo cock-strutting attitude” in its entirety plus all the hits from the band’s illustrious catalogue. The Robinson brothers have not played a show in the UK since 2013 when they vowed never to play or speak together again. Thankfully for the fans, time have healed these wounds.

Chris Robinson says of reuniting, “I’m thrilled & blessed to be playing with my brother celebrating the music we’ve made & bringing our lives together full circle. Long live Rock n’ Roll & The Black Crowes!”

Rich Robinson adds, “First and foremost, I’m really happy to have my brother back in my life. To be able to play music again together and celebrate the first record we made as kids, is a gift. To have these songs stand up after 30 years is something I could’ve never fathomed.”

In 1990, when journalists were lamenting the death of rock, as cheesy pop and hair metal dominated the charts, Atlanta’s Black Crowes gave the genre a swift and much-needed kick in the ass with Shake Your Money Maker. Fueled by singles “Jealous Again”, “Twice As Hard”, “She Talks To Angels”, and the rollicking cover of Otis Redding’s “Hard To Handle” the band immediately took the rock world by storm, topping Rolling Stone’s “Best New American Band Readers Poll” in late 1990.

The Black Crowes went on to release eight studio and four live albums, selling in the tens of millions along the way. They sold-out shows around the world; had legendary guitarist Jimmy Page joined as a member; got kicked off a tour with ZZ Top for insulting the sponsor; got screwed by bad record deals; got married and divorced, fought amongst themselves and the rest of the world; in other words, they’ve done everything a legendary rock group should do. 2020’s reunion and tour produced by Live Nation is sure to further cement the band’s legacy as one of the best and most loved rock bands of all time. 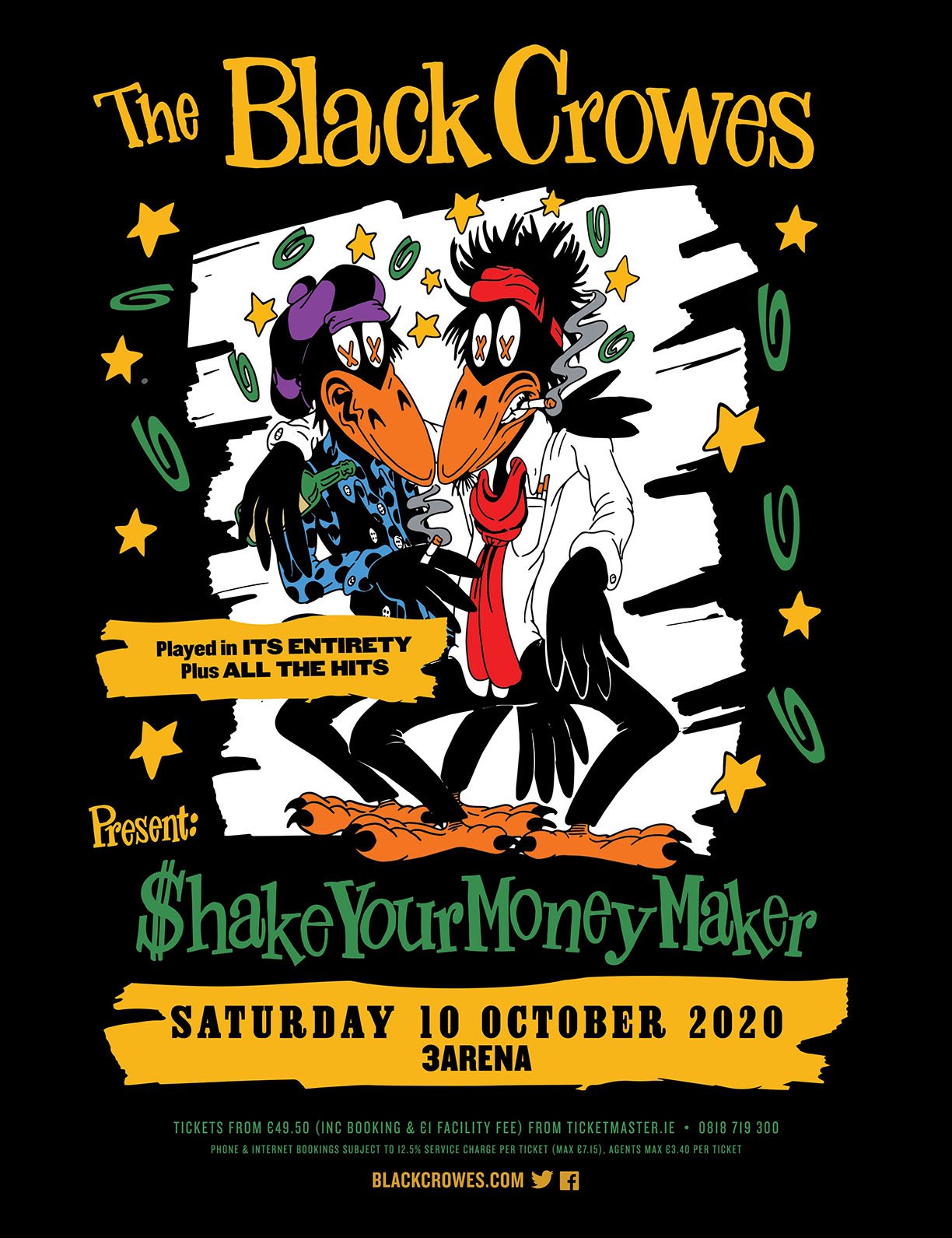 Follow @theblackcrowes on social media for more information on how to get presale tickets and visit www.theblackcrowes.com for the full list of tour dates.

With her powerful vocals and astonishing range, Ariana Grande has emerged as one of the most magnetic and massively successful performers in pop music today. At age 25 she’s delivered three platinum-selling albums and surpassed […]

UB40 featuring Ali Campbell & Astro have announced a run of shows for 2021 – ‘The Unprecedented Tour’ – which will call at some of the biggest venues in across the UK and Ireland, including […]