Making a living of creative work is never an easy task, and this is especially true in the incredibly competitive world of music. There are very few musicians who can quickly profit off their work in the traditional manner which we all dream of accomplishing, but the development of online technology has opened many new paths of pursuit which were previously impossible.

These can be more lucrative and helpful than you might think, so they shouldn't be overlooked.

While AAA gaming can remain impenetrable to those who lack an already considerable following, the same cannot be said for the indie gaming market. Having exploded in popularity in recent years thanks to marketplace developments like those on smartphones, this marriage of gaming and music is growing in importance, and is always in need of fresh talent.

This covers all potential gaming systems, from PC to handheld, and has given many musicians a step to mass-market visibility on a level which would have difficult or impossible to accomplish otherwise. There are even online communities such as Indie Gamer that allow developers and musicians to contact each other, streamlining the process for those interested.

Online casinos are an industry that is commonly underestimated by outsiders, though their prevalence and reach are not to be underestimated. There are many extremely well-performing casinos out there like spinpalace which offer hundreds of slot and table games, many of which need unique and catchy music to draw in players.

The importance of music to the developers of these slots is not an aspect which should be underestimated, as the wider industry places a heavy emphasis on bonuses and diversity both within the games and the greater infrastructure. You can see it here with the way which casinos use free spins and offers, and the interior of the games themselves are little different in this regard.

Both the websites and the software system developers are often in need of talented musicians, and there is a level of flexibility here which can allow individual styles to shine.

The final part of this puzzle comes from the now inseparable part which YouTube and other streaming services now play in our entertainment world. Far from just a hobby, many of these streamers, whether through ad revenue or a funding service such as Patreon, have the means and desire to hire musicians to create their themes and backing music.

This is especially important in the modern age because recent issues have made copyright disputes a horror-story for numerous established and upcoming channels, so many are seeking to instead utilize something original and memorable. 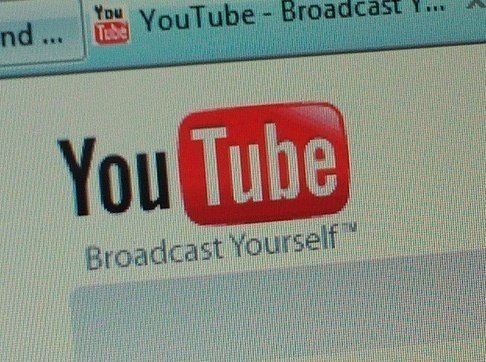 Finding the right match for you will naturally depend on your capabilities and sensitivities as an artist. While these opportunities might not afford you the immediate end-point which we crave, their contributions in terms of visibility are not to be underestimated. Getting on board with these examples can net thousands or millions of listens, and you might be surprised to see just how many people ask for the name of a song, band, or musician after hearing just one of these songs or clips.

Hannah Trigwell has released her stunning new single ‘Nobody’, which is taken from her highly anticipated debut album RED, coming early 2018. Hannah explains the meaning behind the track, "Nobody should call themselves a nobody,...

Sundays will never be the same again - Shaun and Bez have launched their own YouTube channel!!! ‘Shaun & Bez: Call The Cops’ first episode went live on Sunday 25TH October 2020 at 12 midday....

Thanks to the rapid advancement of technology, music streaming has been growing tremendously over the years. The majority of people today use music streaming services to listen to their favourite tracks. These services allow people...