Editors frontman and multi-instrumentalist Tom Smith and multi-faceted musician and songwriter Andy Burrows today share ‘Parliament Hill’, the second track to be revealed from their collaborative new album Only Smith & Burrows Is Good Enough, due for release 19 February 2021 via [PIAS].

‘Parliament Hill’, is an uplifting bittersweet paean to London – a hymn to romance and the spaces and places it plays out and its portrayal is ever more poignant with both writers having left the city in the past year. It depicts aspects of both their lives whilst sharing connective tissue with When The Thames Froze from their debut album, and not just for geographical reasons.

As Smith says; “it’s a beautiful song for now, when we’re all craving connection to people and places. It encapsulates a real, still moment and is my favourite song on the album”

The new album reunites the pair some ten years after its predecessor Funny Looking Angels and despite the time-lapse, the pair have continued to write and demo various tracks for its follow-up whilst working on their own projects. Multi-instrumentalist Smith fronting stadium dwelling Editors whilst the similarly multi-facetted Burrows has added soundtrack and film assignments to an already varied CV.

A truly collaborative affair, Only Smith & Burrows Is Good Enough sees both musicians writing and fulfilling instrumental duties. Whilst nurtured and written in the UK, the pair decamped to Nashville hooking up with Grammy Award-winning producer Jacquire King (Tom Waits, Norah Jones, Kings Of Leon) to record the album over a six week period experiencing not only an extreme heatwave but satisfying their combined love of whisky and vintage guitars. Tough gig!

“is the most idyllic musical getaway I could have ever dreamed of” says Burrows with Smith adding that “I never thought this second album would not happen. It has its own force which is the power of our collaborative writing and voices.” 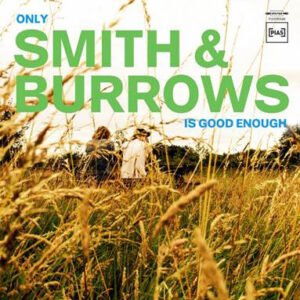 1. All The Best Moves

Editors frontman and multi-instrumentalist Tom Smith and multi-faceted musician and songwriter Andy Burrows today announce details of Only Smith & Burrows Is Good Enough, their second full-length collaboration, due for release 5 February 2021 via […]

The monthly XS Noize playlists on Spotify bring together the most essential new music of the last month that has been featured on the site. The June 2019 edition features tracks from Heads Off, JARV […]

In continuation of what’s been one of the most prolific creative streaks of their 15-year career, Editors have released their best-of album ‘Black Gold’ via Play It Again Sam. ‘Black Gold’ includes 13 tracks from […]