Check out this weeks ‘Vinyl Five for Monday 16/03/2015’, The essential vinyl you should own this week, carefully selected by Kenny Murdock from Belfast’s best vinyl record store ‘Sick Records, Belfast‘.

The latest offering from the fantastic Cardinal Fuzz label is a Peel Session from Dead Meadow recorded in 2000 at Fugazi’s studio in Arlington, VA. Here we have six tracks recorded for Peel’s show, plus a demo of ‘White Worm’ and an acoustic version of ‘Golden Cloud’. This session was the first ever recorded outside the BBC facilities and comes from the same sessions as 2001’s Howls From The Hills LP. Expect huge riffs, plenty of reverb and a little sadness each time you hear Peel’s familiar nasal drone between songs.

If you’ve ever looked at The Strypes and thought that those kids would be great if just one of them had a parent who didn’t like Oasis, then meet Wet Blankets. Three Australian teenagers more in thrall to John Dwyer than John Squire. Rise Of Wet Blankets is fantastic. A dozen or so songs in little over twenty minutes, it’s furious, it’s brash, it’s often funny and, in ‘Deiter Signed My Yearbook’, Wet Blankets might just have written the greatest song since The Reatards split. Essential.

Alex Hall and Emil Amos have spent their downtime, from Grails and Om, fashioning lean, psychedelic Hip-Hop from stolen Eastern European Psych samples and porn/b-movie soundtracks. There are comparisons here to the damaged, politicised, beat-funk of Gil Scott Herron and Brian Jackson though Hall and Amos avoid the more weighty moments, preferring a lighter touch and an insidious groove that will worm it’s way under your skin. This album might just be the freshest thing you’ll hear this year. 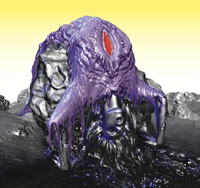 I don’t look forward to Bjork albums any more. I loved The Sugarcubes but I have grown tired of the media scrum to declare every tuneless, yelping dirge she releases as the future of modern music. Then someone mentioned that she was working with The Haxan Cloak on this album and my interest piqued. Theirs is a claustrophobic darkness I have long admired but is it wise to pair them with Bjork, mad as a box of frogs and in the throes of heartbreak …. ? Then I heard ‘Family’. Wow ! An album like Vulnicura happens very rarely. It takes the correct level of emotional rawness and the correct level of malevolent insistence. File alongside Here My Dear by Marvin Gaye and Masonic Funeral Music In ‘C’ Minor by Mozart. Album Of The Year ? Maybe ? Maybe ?

(One from last week due to the absence of a column) Trish Keenan’s death in 2011 deprived us of the thrill of any new Broadcast material so it’s high time that Warp got round to re-issuing these six albums. Hugely influenced by The United States Of America, Broadcast’s music was a mix of warm 60’s pop held together by Keenan’s bewitching vocals and a dark, brooding musique concrete. It would be wrong to have a favourite album, like it’s wrong to have a favourite child, so treat this like Christmas. Gather them all around you and spend as much time as you can with all of them.

Even since her days with the Sugarcubes, Bjork has been a figure that captivated like-minded audiences. Her voice was was both powerful and whispery when needed, and I’d like to think her unique voice led […]

Björk has released the sideproject remix of the track ‘atopos’; a hammering expansion on the original track that is layered with crisp, busy beats. Björk collaborated with Sideproject when producing some of the beats from […]

Check out this weeks ‘Vinyl Five for Monday 27/04/2015’, The essential vinyl you should own this week, carefully selected by Kenny Murdock from Belfast’s best vinyl record store ‘Sick Records, Belfast‘.     A Girl […]