Hailing from Merseyside and synonymous with Liverpool's music scene, Louisa Roach's band She Drew The Gun is back with brand new single 'Cut Me Down' taken from the newly announced album 'Behave Myself' out 24th September 2021 via Submarine Cat Records. Louisa also announced a UK tour to take place this October, on sale now.

She Drew The Gun's ambitious, melodic, psych-pop with a political edge has captured the ear of many and saw the band being crowned the winner of Glastonbury's coveted emerging talent competition in 2016. Being compared to contemporary poets such as Kate Tempest, her new music sees her take the vocal range of the Yeah Yeah Yeahs’ Karen O, to the punk angst of Jehnny Beth.

On the new single 'Cut Me Down', Louisa says "Resisterhood continued. Inspired by the Las Tesis protests in Chile which brought a new level to the idea of a protest song, where hundreds of thousands of women took to the streets and sang 'The Rapist is You'. The police, the government, the judges, the system was not designed to look after womens' rights and it still does not, so I will have to fight 'Deeper, faster, harder, cheaper, stronger, further smarter' just to get even with you."

Produced by Ross Orton who has worked with Arctic Monkeys, The Kills, The Fall, M.I.A, Working Men's Club, and countless others, 'Cut Me Down' is taken from newly announced album 'Behave Myself', her third full release following 'Revolution of Mind', and cult debut 'Memories Of Another Future'. Both the albums have recently grabbed the spotlight of Tim Burgess' much loved Listening Party.

She Drew The Gun recently announced a UK Tour for this autumn, starting on 6th October in Blackpool, with dates in Leeds, Glasgow, Reading, Bristol, Portsmouth, London, Leicester, Birmingham, Manchester, and ending in Liverpool on 22nd October. 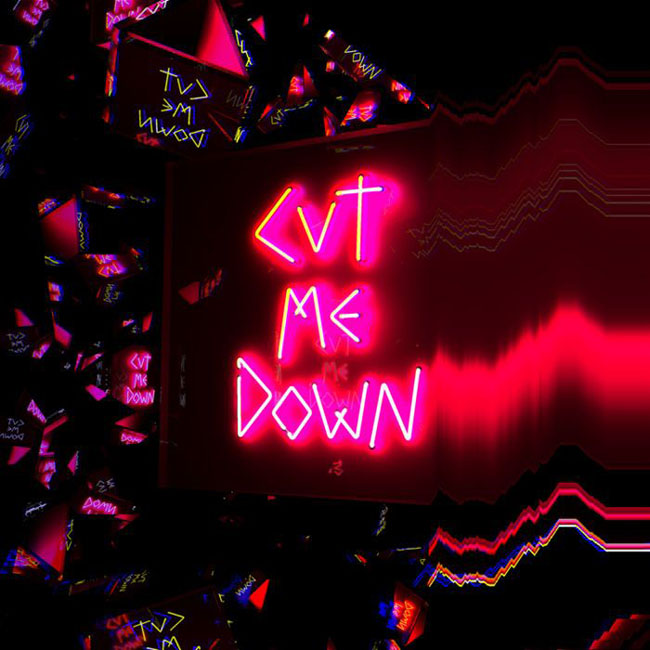 Under the moniker She Drew The Gun, songwriter Louisa Roach began by playing solo gigs around Liverpool, she quickly caught the attention of The Coral's James Skelly who she began working with at Skeleton Key Records, recruiting band members along the way.

At first glance Roach's fuzzy psych-pop may suggest that the Wirral born songwriter is another 'Cosmic Scouser' but then you're drawn into the spirit of rebellion, songs that rally against injustice and food banks and celebrate outsiderdom. Roach was late to music, releasing her first LP 'Memories Of Another Future' after a decade of motherhood and studying at college.

The second LP 'Revolution of Mind', released in October 2018 continued the fine work laid out on her 2016 debut. Announced in the top 10 albums of 2018 by BBC6 Music, the record was one of the runaway indie successes of the year In 2019 the band completed a sold-out UK tour and played a string of UK festivals including celebrated performances at Glastonbury and Blue Dot as well as many others. In 2020 the band played virtual gigs to help raise money for Greenpeace and the Music Venue Trust among others and look forward to a proper return to live music.

After the dramatic statement of intent that was the first single, ‘If You Could See’, smouldering beneath the broad brush strokes of quivering, tremolo guitar (and attracting repeat plays from BBC 6 Music) the latest...

Fresh from a series of triumphant festival appearances this summer, including performances at Glastonbury, Latitude, Bluedot and Deer Shed, She Drew The Gun have today released the politically charged video for new single ‘Trouble Every...