Scottish pop trio Vistas are pleased to announce a headline Belfast show at Voodoo on Tuesday, March 16th 2021. The new full-length debut album 'Everything Changes In The End' was released in May of this year and went straight to number 1 in the official Independent albums chart. Tickets on sale now via ticketmaster.ie

Edinburgh’s Vistas have been surging to the forefront of the indie-rock scene over the last few years with a steady stream of catchy, radio-ready releases leading the band to pick up extensive praise from the likes of Radio 1’s Huw Stephens, 6 Music, DIY Magazine and Clash Magazine among many others – With every release defining the band in a clearer light.

Having picked up over 15 million streams and cultivating 650k monthly listeners on Spotify in a short space of time, the Scottish trio have quickly become known for their brand of colourful and energetic guitar-based indie pop and are quickly beginning to show their universal appeal. 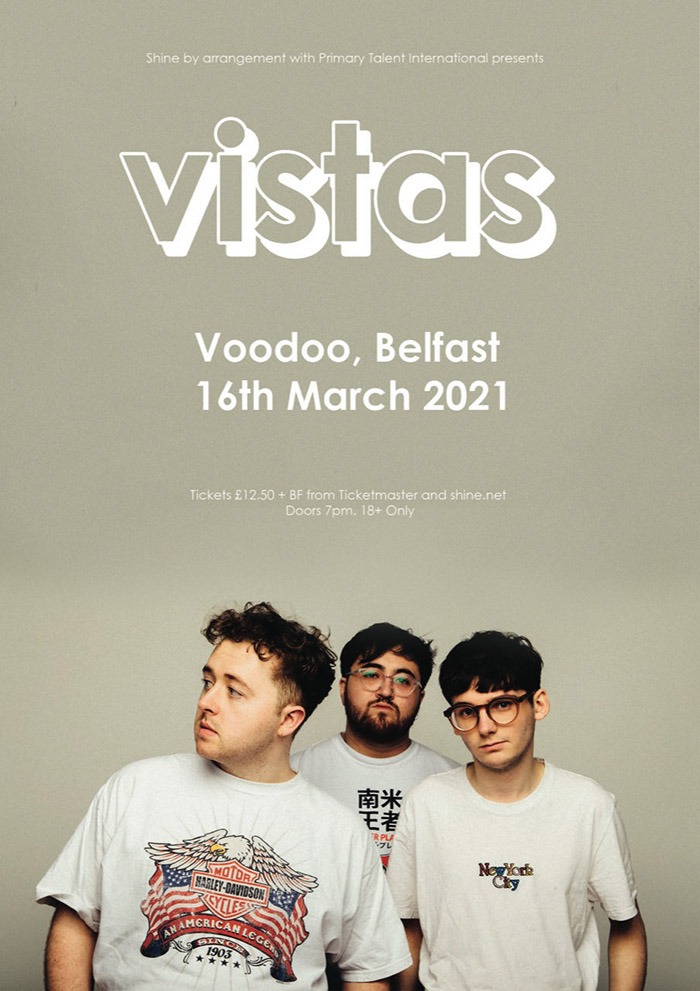 LIVE REVIEW: IDLES play to an ecstatic crowd in awe at their presence at Belfast Empire

Hot off the heels of their massively acclaimed sophomore album, Joy As An Act of Resistance, IDLES played to a sold out crowd at The Empire and didn’t disappoint one bit! The band opened with...

Scottish alternative rock outfit Fatherson, are pleased to announce a headline Belfast show on Tuesday 02nd October 2018 at Voodoo. The band who release their new album ‘Sum Of All Your Parts’ in September 2018...

Irish rock legends ASLAN are pleased to announce a headline Belfast show at The Limelight 1 on Friday, April 03rd 2020. Aslan's 2020 tour will see the Dublin band performing songs from their full-back catalogue...