Glastonbury rockers REEF follow the release of their brand new single ‘Shoot Me Your Ace’, which premiered on Chris Evans breakfast show on Virgin Radio last Friday, with news of their new album of the same name. Produced by former Duran Duran/ Power Station guitarist Andy Taylor, it will be released on April 15th, midway through the band’s UK headline tour.

And Shoot Me Your Ace showcases their talents in one of the most thrilling rock albums of recent years. From the title track’s swaggering opening salvo to rollercoaster closer ‘Strangelove’, Shoot Me Your Ace is a thrilling blast of unadulterated rock’n’roll joy. There’s plenty of colour and shade across its ten tracks, from the soaring ‘When Can I See You Again’ and the soul-powered of ‘I See Your Face’ to ‘Wolfman’s lupine rock’n’roll, there’s no let-up in its delivery.

Andy Taylor believes that Shoot Me Your Ace is one of the three defining albums of his entire career. “I’ve been looking to make a record like this for a long time,” Taylor enthuses. “I can’t love it enough. The chances you get in life to do something as great as this album don't come along very often, so when they do you just grab them.”

Not only did Taylor co-write and produce the 10 exhilarating songs that makeup Shoot Me Your Ace, he’s now a fully signed-up member of the band.

“Andy has this deep love of playing rock’n’roll music, and we had a chance to play with this amazing talent,” says vocalist Gary Stringer, who co-founded Reef with bassist Jack Bessant in their native Somerset more than 25 years ago.

“The universe has put all the pieces into place for us,” continues Bessant. “This line-up, these five guys, is just one big ball of energy that we managed to bottle. It feels like the start of a new chapter for us - Reef Mk II.”

This cosmic alchemy has resulted in a record that doesn’t just match such classic Reef albums as 1995 breakout debut Replenish or 1997’s transcendent Glow but exceeds them. After two years of uncertainty, despondency and gloom, it feels like an outpouring of positivity. As Gary Stringer puts it: “It’s the sound the world needs right now.” 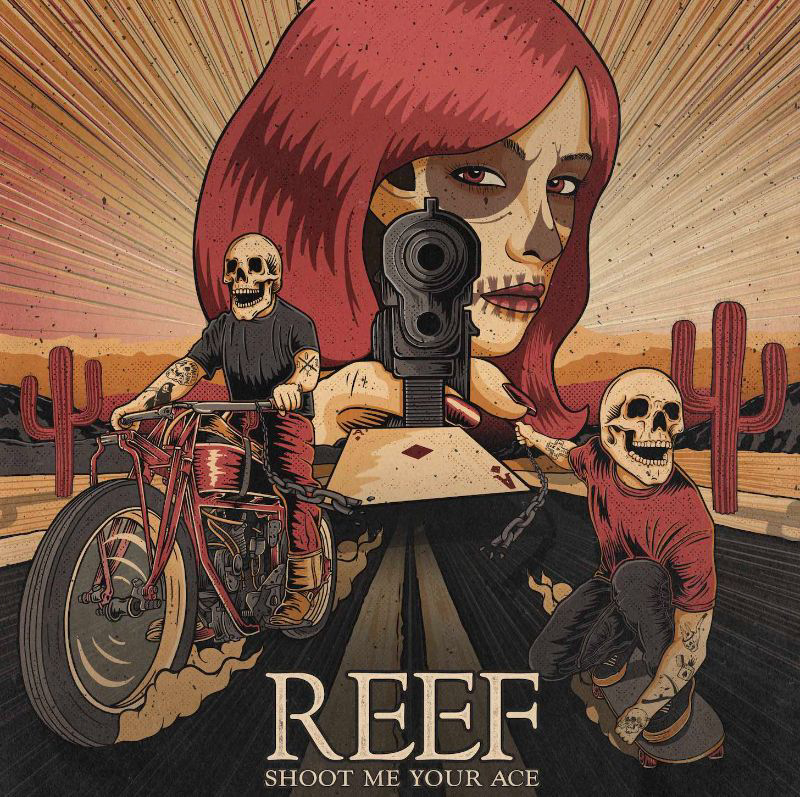 Reef formed in London 1993 and were quickly signed to Sony imprint S2. They went on to release four studio albums, including 1996’s million selling No.1 album Glow, and a greatest hits album before disbanding...

Reef have unveiled the video for their Radio 2 playlisted new single ‘My Sweet Love”, which features a guest vocal from Sheryl Crow. ‘My Sweet Love’ is taken from ‘Revelation’, Reef’s first new studio album...

This week sees the 40th anniversary of Duran Duran’s self-titled debut album. XS Noize looks back on this momentous release from a band that would become the ‘Fab Five’ of the ‘80s. It was December...