Latest News
The Prince Estate, in partnership with YouTube, will host a three-day streaming event of  PRINCE AND THE REVOLUTION: LIVE, a historic concert captured at the Carrier Dome in Syracuse, NY on March 30, 1985. Prince and the Revolution: Live showcases Prince and his iconic band at the peak of their Purple Rain Tour, and was the first live concert footage that Prince officially released as both television broadcast and home video.
Performing in lock-step with his incredible, tightly rehearsed band—which featured Wendy Melvoin, Lisa Coleman, Dr Fink, Mark Brown, Eric Leeds, and Bobby Z., along with a cast of special guests—the live concert in Syracuse included Purple Rain hits like “Let’s Go Crazy,” “When Doves Cry,” “I Would Die 4 U” and “Purple Rain” in addition to other early-career favourites like “1999,” “Little Red Corvette,” “How Come U Don’t Call Me Anymore.” (Full tracklist below.)To celebrate the streaming release of  PRINCE AND THE REVOLUTION: LIVE, The Prince Estate and YouTube will host a watch party on Thursday, May 14, at 7 p.m. CDT. An hour before the watch party, at 6 p.m. CDT, fans will have the opportunity to participate in a special pre-stream Q&A with Revolution drummer Bobby Z., moderated by Andrea Swensson of Minnesota Public Radio’s The Current.
PRINCE AND THE REVOLUTION: LIVE will be available on Prince’s official YouTube Channel for three days only (through 11:59 pm on Sunday, May 17). In collaboration with YouTube and Google, the streaming event will run in support of the COVID-19 Solidarity Response Fund for the World Health Organisation (powered by UN Foundation and Swiss Philanthropy Foundation). Any viewer donations will include a matching component from Google (Google.org will match $2 for every $1 up to $5M). Full details here. 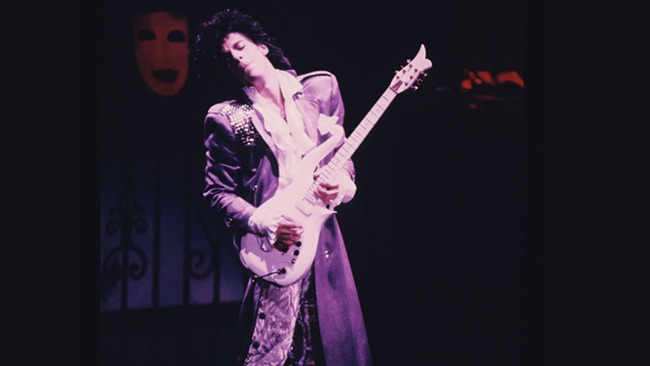 Hannah Trigwell has released her stunning new single ‘Nobody’, which is taken from her highly anticipated debut album RED, coming early 2018. Hannah explains the meaning behind the track, "Nobody should call themselves a nobody,...

Exciting French DIYer Kaky recently sampled SONY MUSIC’s offices in France for his BTS YouTube series ‘KakySound’. The label were so impressed by his incredible ability to use normal every-day objects to create monster tracks,...