The event is the first feature film premiere the streaming platform has hosted. To eventize the screening the director, Seamus Murphy has taped a special introduction for fans. PJ Harvey - A Dog Called Money premieres at 8 PM EST / 5 PM PST on Monday, Dec 7th. The film will then open at Film Forum (NYC) on Wednesday, Dec 9th, followed by a North American Watch Now @ Home Cinema Release.

Abramorama’s Head of Music Evan Saxon stated, “With Abramorama, the most trusted global distributor of music films, collaborating with Maestro, a music-centric white label live streaming platform, we are able to give artists, labels and filmmakers such as Seamus Murphy and PJ Harvey yet another opportunity to have their art seen and heard.”

Maestro’s CEO Ari Evans added, "We have been bullish on live stream film premieres for years and are delighted to see this groundbreaking new use case on our platform. It is not surprising to see such an innovative group of creatives exploring this new direction with us starting with this powerful documentary. We look forward to unlocking new opportunities for the film industry extending well beyond the pandemic as the age of streaming and digital experiences continue to flourish."

PJ Harvey - A Dog Called Money is a uniquely intimate journey through the inspiration, writing and recording of a PJ Harvey record. Harvey and photographer/director Seamus Murphy travelled through Afghanistan, Kosovo and Washington DC before landing back in London to record in an unprecedented and experimental way - with the public watching. This investigation into inspiration and the creative process can not only be seen on December 7th at 8 PM EST at www.abramorama.live, but will also open in cinemas virtually starting at the Film Forum in NYC on December 9th and screen widely to fans across North America starting on December 11th.

Watch the trailer - BELOW:

For information on the global premiere set for December 7th and more visit www.adogcalledmoney.com 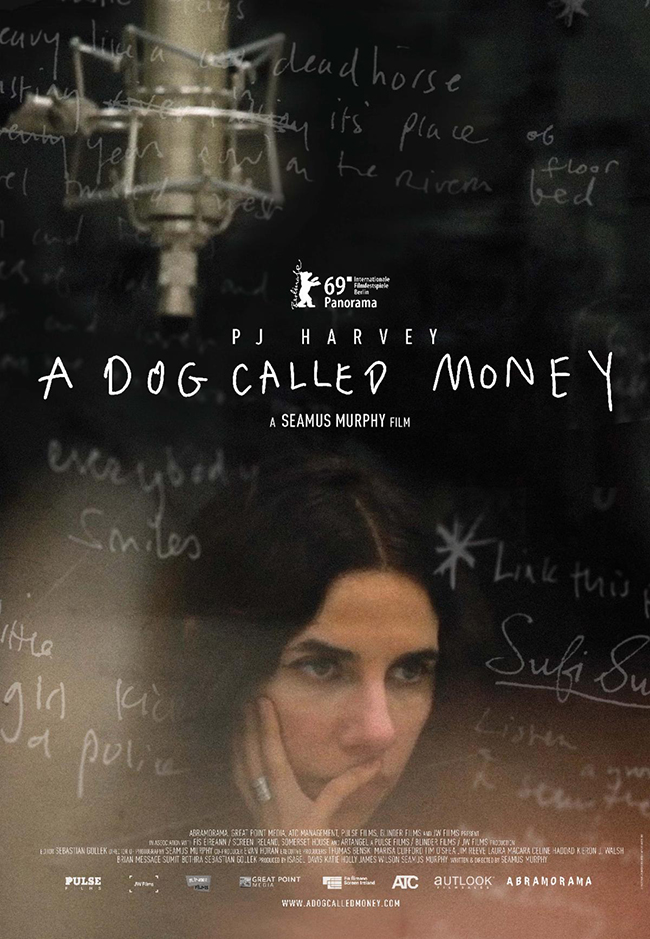 British composer Harry Escott and artist PJ Harvey have collaborated on An Acre of Land, a new recording that is the theme to Dark River, the latest film by Director Clio Barnard. The entire film...

PJ Harvey announces US shows for 2016

PJ Harvey is to perform in the U.S. for the first time in 5 years, accompanied by her nine-piece band. She will play in New York and Los Angeles, her only 2016 U.S. concerts in...

PJ HARVEY shares video for "THE COMMUNITY OF HOPE" - Watch

The Community of Hope video was directed by award-winning photojournalist and filmmaker Seamus Murphy, drawing on footage filmed during trips to Washington, D.C. undertaken by Harvey and Murphy. This is the second single taken from...