Blessed with an ability to set pearls of wisdom to blissful acoustic melodies, Nick Wilson’s engaging songwriting hones in on universal topics. From early highlights ‘Miles Apart’ and ‘Headlights’ to last year’s ‘Love and Heartache’ EP (now at 5 million streams at Spotify), his songs are organically connecting with audiences.

Having recently exceeded the 100 million streams landmark, Nick now takes the first step in a big year ahead by sharing his new single ‘Lead Me To The Water’, along with its official video. It’s the first single from his long-awaited debut album ‘Now I’m Falling’, which will be released on August 6th.

Arguably Nick’s biggest strength is his ability to create calming, meditative songs that surge with a maelstrom of intense emotions. That trait reaches a new height on ‘Lead Me To The Water’, a blend of time-honoured songcraft given a captivating quality with inventive contemporary production techniques. There’s pure soul in his voice too, as his lyrics make a desperate plea for redemption.

Nick says, “I wrote ‘Lead Me To The Water’ about having that one person in your life who betters you in every way, and makes you want to be a better person. It’s a song about wanting forgiveness and admitting your wrongdoing, but also acknowledging that you’re willing to fight for this. I’m not religious at all, but I think sometimes there can be this almost religious quality to love and falling for someone, believing in something so intensely, and in this song I really wanted to tap into that.”

Watch ‘Lead Me To The Water' - BELOW:

Nick wrote the song with Joe Keogh, who had a Silver-certified hit with his band Amber Run’s track ‘I Found’. It was produced by two collaborators that Nick has been working extensively with of late, Martin Luke Brown (BTS, Gavin James, Sody) and Mark Elliott.

The ‘Lead Me To The Water’ video reunites Nick with director duo Franklin & Marchetta, who were nominated for Best Pop Video: Newcomer at the UK Music Music Video Awards for their work on ‘Enough To Know You’. Small in stature, big in heart and with an intelligent twist, the duo perfectly complement Nick’s style. This time, the story opens with a couple heading into a hotel room together. The dynamic is left open to interpretation: is love, lust or something else? The reveal comes with a subtle closing shot focusing on the man, played by Tom Brittney (‘unREAL’, ‘Grantchester’).

Growing up as one of seven children, Nick was constantly surrounded by music. Pretty soon he began tinkering with the piano, before grasping towards the guitar. The first steps of his gradual evolution were underway. He started by uploading covers to YouTube – stripped-down basic recordings but driven by a rare kind of passion. He watched in amazement as the number of plays began to rocket, and started to record his own material – alone, at first. Self-reliant and utterly inspired, the building blocks for his success were already in place.

With gorgeous, gilded songwriting, Nick Wilson’s work is worth aligning next to Bon Iver or Ben Howard, with elements of Phoebe Bridgers’ emotional heft in there, too. He knows what he wants to achieve, and he’s going after it – there are no half-measures, pushing each song to its limit. He is an artist who is infatuated by the craft of songwriting. 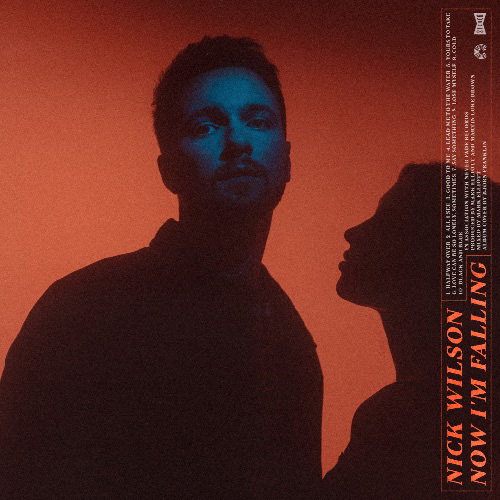 Nick Wilson’s latest single ‘Say Something’ picked up a vast array of international New Music Friday playlists, as he added to a phenomenal tally of 100 million+ career streams to date - all before he’s even released his debut album. That achievement...

100 million career streams is a remarkable achievement for an artist - especially for one whose rise has been based on organic and largely independent growth, fuelled largely by exemplary songwriting and affecting emotions. That’s...