Literature is probably one of the greatest achievements that humankind has ever created. It serves as a medium that provides readers with an ability to see through time and other peoples' perspectives. Literature is also a medium for education; after all, high school and college students usually have this discipline in their curriculum.

To Kill a Mockingbird is one of the prime examples of a literature piece that became classic due to its impact on people. Probably every student had to write To Kill a Mockingbird meaning essay or something like that; so, there's lots of information out there online about this literary masterpiece. If you're unfamiliar with some of the peculiarities of the book, you can try to find a free essay on To Kill a Mockingbird. However, it is nearly impossible to find peoples' personal associations with this piece of literature. That is why I decided to speculate on what music would be able to ideally describe this book.

A quick reminder of the plot

Harper Lee's novel is set in the 1930s in the state of Alabama, a small town of Maycomb. The main narrator is a six-year-old girl, Scout Finch, who lives with her father Atticus, a lawyer, and her brother Jem. While kids try to get their reclusive neighbour to leave his house, all the other plots are taking place as well.

To Kill a Mockingbird message is delivered through the childish perspective of Scout Finch, who finds out that lots of people in her town are racists. This becomes especially evident when Atticus Finch defends Tom Robinson - a man who was wrongly accused of sexually assaulting a white woman. Due to the social specifics of that time, Atticus had little to no chances of winning the case and free Tom Robinson, but the story provides readers with examples of concepts such as understanding, empathy, and tolerance towards others.

What music would fit perfectly in our case?

Now, here we come to the real question at hand. To Kill a Mockingbird is filled with examples of racism and intolerance, so the most obvious idea would be to find a song that tackles these problems. What comes to mind? Well, definitely blues and its descendant genres, of course! Blues has always been the music of oppressed and those who have to deal with personal or social injustice.

There are lots of examples of great blues songs out there, and I will provide you with them. Although it is possible to write a whole essay about the connection of blues to other modern genres, I will stick to only several of those and particular compositions that would perfectly describe To Kill a Mockingbird. My best picks would be country and rock music. 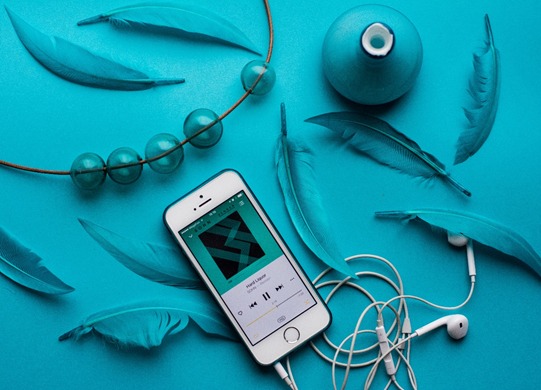 To Kill a Mockingbird is about the social stratification, racism, and other types of suffering that blacks had to endure. So, I am free to state that one of the most suitable types of music would be blues. You can look up an essay explaining why. While there are lots of great examples of these songs, I would like to focus on one specifically. Anyway, I think that Lead Belly's "Bourgeois Blues" is a prime candidate for a song that can explain the book, as its author sings about racist landlords and how whites don't want blacks to be around.

Stevie Wonder - he always has and continues to write music that has some social context to it. Coupling this tendency in his songwriting with excellent voice and feeling of music flow, I decided to include his composition "Living for the City" in my list. Students can find the song online for free, and they're likely to think that it's too "funky" for the novel at hand; however, it's the lyrics about a struggle of a boy who tries to get by while facing racist neighbours. Combined with funky music, it basically explains the hardship of blacks while the majority was having a good time.

This genre is yet another child of blues, so there's no wonder why I decided to include a particular song from it, although it is quite modern in comparison to the previous entries. Students may find this song a little bit "out of tune" from the previous ones, but the lyrics explain it all. Pete Seger's "God's Counting on Me… God's Counting on You" is tackling the life lessons that Scout Finch receives throughout the novel. This song is about empathy and a need to help others, even if the majority is against you.

College students usually write at least one essay about To Kill a Mockingbird lesson that is presented by Harper Lee during their educational journey. The thing is - there are lots of lessons to learn from this novel, and that's one of the main reasons why it was included in the mainstream education program. Due to the complexity of the issues highlighted in the book, it's impossible to explain it with one song.

That is the reason why I selected three songs that, in my opinion, are perfectly describing To Kill a Mockingbird. These songs are about racism, social injustice, and hardships. Still, they serve as a great lesson on what people had and continue to endure and what could be done to make everyone's lives better.