Manchester four-piece ist ist will release their highly anticipated debut album, ‘ Architecture ’, on 1st May 2020. Arguably one of the most uncompromising and idiosyncratic acts around, the post-punk quartet have been carving their own niche since their inception just over six years ago.

Refusing to bay to industry influence of any kind, the band have managed to forge a reputation for being driven and dogmatic, and in doing so have garnered a loyal cult following. Since 2014, the band have released a number of impressive singles and EPs completely independently and witnessed an unprecedented escalation through the ranks almost exclusively by word of mouth, selling out shows across the nation and playing capacious venues such as The O2 Ritz in Manchester.

ist ist’s debut: ‘Architecture’ is the blueprint of what they have been working towards for so long, fully realised and meticulously constructed to towering effect. With lyrics shot-through with stark and striking imagery, underpinned by frontman Adam Houghton’s cavernous baritone, ‘Architecture’ invites the listener into a dystopian world of their designing. Drawing on themes of emotional turmoil, anxiousness and redemption, together the 10 songs of ‘Architecture’ map out the fragile construct that is the human mind. Thriving on a clash of loping basslines, hairpin-tight guitar riffs, and elegiac synthesisers, ‘Architecture’ sees ist ist deliver a work of artfully monochromatic and clinically executed post-punk. One of the year’s most anticipated debuts, it’s a fittingly breathtaking listen that promises to chill, evoke and enrapture in equal measure.

With a timely statement about the upcoming release of ‘Architecture’, bassist Andy Keating says:

“We’re really excited to release our debut album, even in such uncertain and testing times. It has been the culmination of five year’s hard work and we hope it can bring some light to the people who listen to it whilst the world is a strange place to be. The title ‘Architecture’ refers to the architecture of the mind and whilst it isn’t a concept album, the lyrics explore emotional turmoil, anxiousness and redemption. It seems an appropriate topic in 2020 when the importance of mental health and mental well-being have never been more prevalent.”

n the run up to their debut album release, ist ist have been releasing a succession of singles and videos, with a difference… Breaking from convention to do things their way, the band will be releasing all 10 tracks set to feature on ‘Architecture’ as a means of episodically unfurling its singular narrative. Each track will be equipped with its own individual artwork and aesthetically stunning visuals. Fans can tune into the videos for ‘ Wolves ’, ‘ You’re Mine ’, ‘ Black ’, ‘ Discipline ’, plus the most recent addition ‘ A New Love Song ’ now. As the release of  ‘Architecture’ dawns on 1st May 2020, followers of ist ist will find themselves rewarded with 10 tracks, 10 videos, 10 artworks, and 10 prints, each of which will provide a pillar of their remarkable debut album. Opening up about their single succession and upcoming tour dates, ist ist’s Andy Keating says:

“We believe in the strength of every song on the record and wanted them all to have their time in the spotlight instead of following the tried and tested method of releasing a handful of singles then dropping the album. You only get your debut album once so we wanted to do something innovative. We can’t wait for everyone to hear it and all being well, get out to tour it in October and November.” 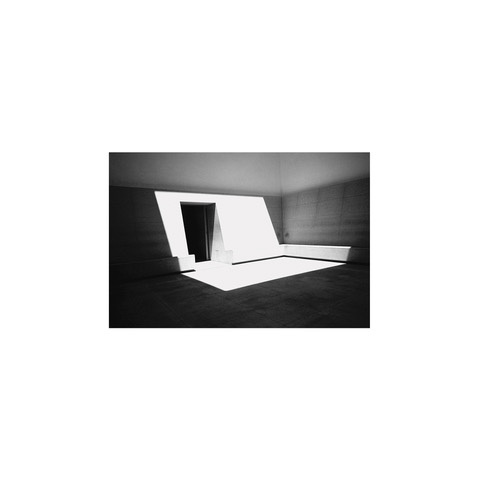 ist ist will release ‘Architecture’ on 1st May 2020, via their own self-funded record label Kind Violence.

INTERVIEW: ANDY KEATING on how IST IST took their time to build Architecture

Manchester four-piece ist ist will release their highly anticipated debut album, ‘ Architecture ’, on 1st May 2020. Arguably one of the most uncompromising and idiosyncratic acts around, the post-punk quartet have been carving their […]

Formed in 2014 and having gathered traction with a series of well-received EPs, the four-piece Ist Ist is a band with an unmistakably Manchester sound. Their long-awaited debut LP arrives in the form of ‘Architecture’, […]