This was my first live experience of LA-based, ska-punksters, The Interrupters. I was anticipating a high-energy, vibrant gig and they didn’t disappoint. Formed in California in 2011, their appearance at the Limelight marked the start of their European ‘Fight the Good Fight’ tour proper, after performing at the Slam Dunk Festival in Leeds at the end of last month.

With the iconic ska notes of The Specials ‘Ghost Town’ ringing out as the lights dimmed, the Belfast Limelight crowd looked up for it, as the Bivona brothers (Kevin, Justin & Jesse) made their energetic entrance, whipping up the punters before the unmistakable Aimee Interrupter joined them on stage. They quickly ripped into ‘A Friend Like Me’, with Aimee physically connecting with the audience from the very first bars of the song. This was followed seamlessly by ‘By My Side’, taken from their second album, ‘Say It Out Loud.’

Lead guitarist, Kevin Bivona who assumed the role of crowd communicator and setting the scene for much of their set-list, introduced ‘Take Back The Power’ as not only a protest song but more importantly a ‘union’ song, bringing people together for positive reasons. This was the stand-out track from the band’s debut album in 2014. During their first real breather after a blistering opening, Kevin used the opportunity to tell all of us that this was their first time in Belfast. He added, “I didn’t know what to expect…”, but the band looked genuinely delighted to be here and blown away by the vibe and positivity from the Limelight crowd. This led nicely into ‘She Got Arrested.’

After blasting out ‘White Gold’, Kevin introduced the next song ‘Title Holder’, dedicating to anyone fighting addiction and anxiety. A song with a great attitude calling for the warrior in us to come forward to overcome personal challenges, whatever they may be. ‘Valley’ slowed things down (just a little), referencing the Sacramento Valley in the States where the band grew up. This track saw Billy Kottage and his trombone make its first appearance of the gig.

Broken World (co-written by Green Day’s Billie Joe Armstrong) was next, melting quickly into ‘Treat the Youth Right’. Only three albums into their career, the band are a tight unit with a playful and mischievous personality. This was evident, with Kevin and the guys teasing the crowd with some snippets from ‘Enter Sandman’ by Metallica and ‘’Time Bomb’ by Rancid, before launching into their own ‘Jenny Drinks’ 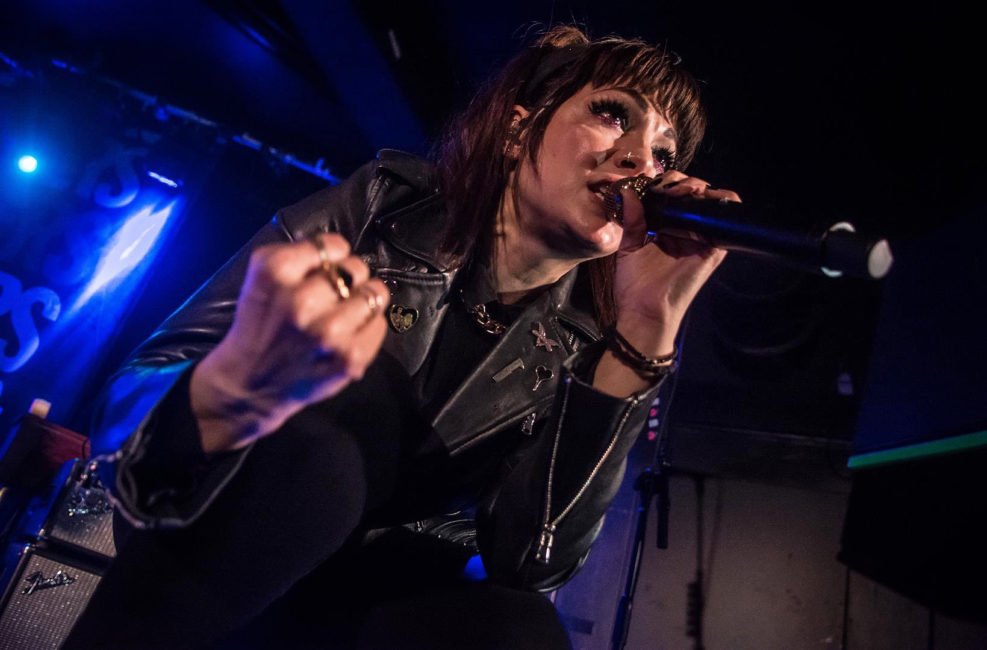 Bringing a serious moment back into play, Kevin declared, “It’s always darkest before the dawn..” for the intro into the optimistic and hopeful ‘Good Things’. The honest and angst-ridden ‘Gave You Everything’ saw Aimee re-energised after toning it down in the past few songs, belting out this track with real heart and passion.

‘Room With A View’ was dedicated to anyone who has lost a loved one, with the band continuing to show their genuine empathy and experience of life’s many tribulations. Band introductions from Kevin followed, including Jesse Bivona on drums described as “my little brother” until Aimee declared, “this song is a true story” with their track ‘On A Turntable’. Not wanting to break up the momentum, the band remained on-stage which led into their rousing “encore”, ‘Got Each Other’, the first of two tracks with a strong ‘family’ theme.

As the gig hit the home straight, the band gleefully began ‘She’s Kerosene’, the lead single from their latest album, ‘Fight The Good Fight’. The band then took a beaming selfie with the audience, leading into the final track of the night, ‘Family’. 18 songs in 65 quickfire minutes. What a show! The Limelight in my opinion still remains one of the best venues in Belfast for atmosphere, with its eclectic mix of people whilst retaining that intimacy with the fans, and judging by the smiles on their faces, I think the band would agree.

Next stop on the European tour for The Interrupters is Dublin’s Academy tonight (12th June).

They’re back! Just in time for the festive season! The most-loved musical duo Michael Ball and Alfie Boe join forces again for a magical new album ‘Together at Christmas’, out on Decca Records on 20th...

LIVE REVIEW: U2 TAKE OVER BELFAST

U2 – SSE ARENA, BELFAST 18 November 2015 U2 last played as a full band in Belfast during the Pop Mart tour when the people of Belfast welcomed them with open arms to play Botanic...

UK rock band You Me At Six have announced a ‘Take Off Your Colours’ 10th-anniversary show at The Limelight 1, Belfast on Monday, November 19th 2018. These special one-off events will see the acclaimed five-piece...