It's no exaggeration to say that I've lost count of the amount of Levellers gigs I have been to over the last 18 years. I've met the band many times and even interviewed frontman Mark Chadwick. But tonight delivers something very special as Chadwick treats a lucky audience to an intimate acoustic show packed with classics and underrated gems.

I only have to make the short 25-minute journey from Frome to the run down Wiltshire town of Trowbridge, where tonight's show is being held at the old Town Hall. Or more specifically in a part of the Town Hall that used to be a courtroom. This unusual setting makes tonight even more interesting, as a portion of the crowd sit on the old jury benches, while Chadwick invites those standing to move forwards and gather at the front of the tiny stage platform.

"For my crimes of the last 30 years, I plead guilty". It may be a jokey reference to the novel location, but it's probably the coolest gig introduction I've ever heard anyone utter, as he launches straight into the wondrous 'Maid Of The River'. It's refreshing to hear Chadwick singing 'The Boatman', usually voiced by bandmate Simon Friend and just one of many Levellers favourites that meets with a rapturous reception tonight. The piss-taking humour is laugh out loud funny: after someone shouts for 'Carry Me', Mark responds... "So you don't want to hear any of my (solo) songs then? No... No, Mark. Just give us the fucking hits..." This was probably his intention anyway, after all if you've had 15 Top 40 hits then people are going to want to hear some of them. While this is true, there's still an air of respectful appreciation for 'All The Pieces', the title track from his 2013 debut solo album, which sounds improved in its stripped-down incarnation. From the same LP, the haunting resonance of 'The Great And The Dead' inspires more fascinated silence among those who are unfamiliar with it. 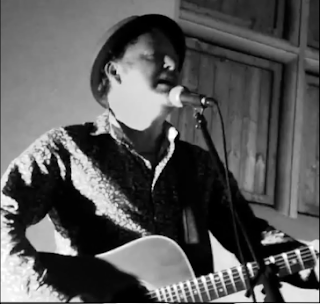 If there wasn't such a thing as time, then Chadwick could happily play both his solo records in full and run through the entire Levellers back catalogue. But there's only an hour or so to pack in as much as possible. Only three songs in tonight's set list were written during the last 20 years, the other one being the stormy 'Mutiny' from 2012's 'Static On The Airwaves', a strong LP that remains the Levellers' most recent full length offering. The group have spent the following years celebrating their own achievements as they near their 30th anniversary, focusing on underlining their past and bringing new life to old songs. The forceful riffage of 'Liberty Song' is replaced with an introspective power created by picked notes and intricacy, in a version that's closer to the one featured on the band's recent acoustic album 'We The Collective'. Lyrically, in this age of political madness, these songs mean more now than they did in the 90s, seemingly taking on a new life. In the case of a jubilant 'Far From Home' it's simple nostalgic joy, while the awesome 'Dog Train' also goes down a treat. Anti-war heartbreaker 'Another Man's Cause' retains its poignancy even in this rowdy, drink-fuelled setting, while 'The Road' and 'The Riverflow' are impossible not to move to.

There are many times that the sound is so full and vital that you forget the rest of Chadwick's band aren't here. And the sound is spot on too, particularly during a stunning 'Julie' where that unmistakable razored voice cuts through the air like a blade. 23 years ago I saw the Levellers for the first time, making their debut Top Of The Pops appearance playing tongue-in-cheek drinking anthem 'Just The One'. Tonight, as I'm practically stood next to Chadwick as he plays the same song, it's a surreal experience. Indeed, it feels like watching a local singer playing in a tiny bar or cafe, except instead of a local singer, we have the frontman of arguably the greatest folk group of all time performing what a huge number of devoted people consider to be some of the greatest songs ever written. Some of which were played at Glastonbury back in 1994 to a gargantuan crowd of 300,000 people. Still selling out big venues, gigs like this demonstrate how members of this remarkable band are happy to perform to any audience big or small. 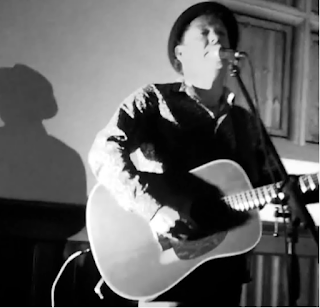 The classics keep coming: a furiously emotive 'Fifteen Years' ramps up the intensity, and an ecstatic 'One Way' inevitably provokes a mass singalong, as does the eternal 'What A Beautiful Day', which remains one of the most subversive pop hits to ever grace the charts. There's the sense that everyone here could happily stay and hear him play all night as Chadwick closes on a tender note with 'The Ballad Of Robbie Jones' and leaves the tiny stage to adoring, excited applause.

One of those live music experiences that seems like a dream, I doubt anyone left this gig unsatisfied. The problems of the world won't be solved by this guitar, but many lives will continue to be enhanced by these incredible songs.

The Levellers have released the brand new single ‘Calling Out’, taken from their forthcoming new studio album Peace, which will be released on the 14th August via On The Fiddle Recordings. ‘Calling Out’ is a...

ALBUM REVIEW: The Levellers - 'We the Collective'

When the Levellers announced that they were going to release a new acoustic album and that eight of these songs would be reinterpretations of their hit singles including One Way, Exodus and Hope Street, several...