Leeds trio THE CALLS release their FALL INSIDE AGAIN EP on 20 November on Atomic Records, a record that combines their three most recent singles, A Change Is Gonna Come Around Here, Fall Inside and I Just Thought I’d Say, with two previously unreleased songs, Tell Me Why and I Should’ve Known. The EP will be available on CD via Bandcamp and through all digital platforms including Spotify, Apple and Tidal.

Speaking about the EP, vocalist and songwriter Tom Fuller says: “The EP marks a point in the band’s progression. There are more soundscapes going on than in our previous The Night the World Stood Still EP; the DNA of singable hooks, jangly guitars and rhythms are all still there, but there’s a distinct atmosphere to these tracks which is a clear movement towards the sound that we envision. There are more diverse influences coming in too, with reggae, dub and trip-hop, particularly on A Change Is Gonna Come and Tell Me Why, and a shoegaze element to I Should’ve Known. It adds to the mix of our sound and, in the end, we’ve got an EP which we think doesn’t sound like anyone else.”

Watch the video for 'A Change Is Gonna Come Around Here' - BELOW:

This versatile, chameleon-like sound is one of the band’s biggest strengths, moving through dark, psychedelic dub-rock to soaring rhythms to bold and inventive percussion; embellished by lyrics often dystopian in their outlook, often reflective and always deeply personal. As Tom rightly notes, they really don’t sound like anyone else.

Emerging from the thriving hotbed of Leeds, THE CALLS remain a proudly defiant DIY band who write, record and rehearse their music in a converted barn and travel in an old window cleaner’s van. The trio are driven by the unconventional songwriting of Tom Fuller, who puts an introspective slant on social observations through cryptic wordplay and metaphor; lead guitarist Will Johnson, a filmmaker and visual artist whose unrestrained and often highly unusual sound is due to the fact that, remarkably, he had never picked up a guitar before joining; and bassist Marcell Haslewood, a lifeguard finding his way through life via a combination of ambience and dub and a unique approach to playing that invariably subverts expectations. 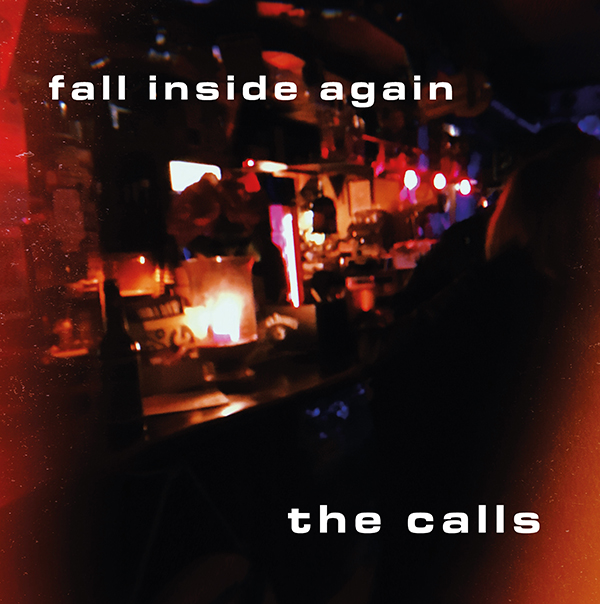