Larkins has announced the release of the live album Larkins: Live At The Albert Hall, Manchester, due for digital release on April 19th and physically on CD, cassette and vinyl from July 5th via Good Soldier Records.

The album was recorded at their landmark hometown show to 2000 rapturous fans last month. To mark the announcement the band have released a live video of their latest single, ‘TV Dream’, captured at the Albert Hall.

Regarding the live album frontman Josh Noble says, “We are very proud to present a recording from our live show at the Albert Hall in Manchester. It felt like everything we had done so far as a band had kind of led to this moment. We’ve played almost every venue in town over the past few years and we’d always joked about playing Albert Hall, half-expecting it to never happen.

“Our first show was in a pub to just 30 people just around the corner from the Albert Hall so to get to this point and to have so many people who want to see our music live is surreal. This tour has showed us what it means to be a part of this band and to finish at home was perfect. To every single person that came, we can’t even express how much we loved the show. What you hear is what we played on the night and hopefully this gives you an idea of what’s to come.”

Larkins are on a meteoric rise as one of the most exciting and in-demand bands to emerge from Manchester in recent times. They sell out headline shows across the UK and Europe, and played their first US shows this year at SXSW Festival.

On the back of an incredible sold out show at Hoxton Bar & Kitchen last week, Larkins have announced their next London headline show and will play Dingwalls on June 19th. Tickets are on-sale now here.

The band have also been announced for a number of summer festivals this year including Live At Leeds, Neighbourhood, Y Not Festival and La French Escapade in Paris.

The band are currently recording their debut album with producers Dan Nigro (A-Trak, Sky Ferreira, Lewis Capaldi) and Andrew Dawson (Kanye West, Fun, Kid Cudi) – a record which is sure to send Larkins even further into the stratosphere. 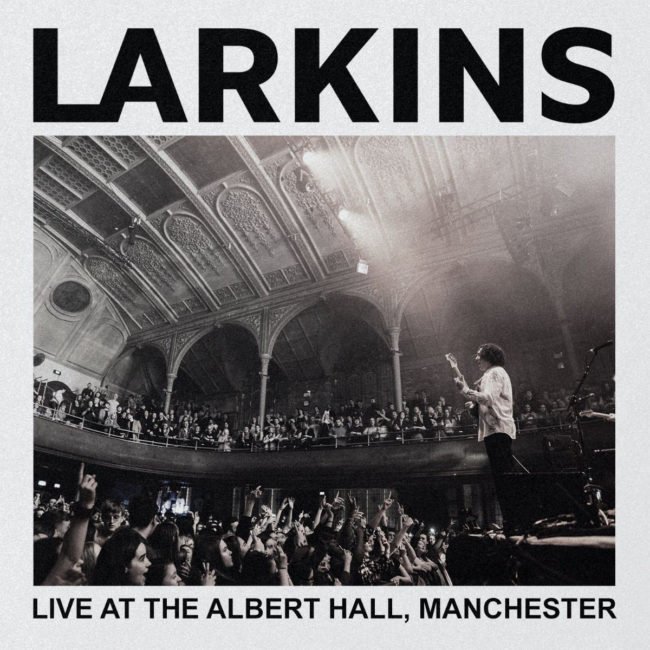 From Carbon are an Indie band from Manchester, England. Formed 5 years ago, the band have developed a creative sound and a great live reputation. They released their debut album ‘Wealth’ in 2014 to critical […]

Ex-lead singer of 90s cult band Mansun, Paul Draper is due on stage. It’s his second gig in fourteen years and the air is charged. Last night it was Leeds, tonight Manchester. The crowd are […]

As Dublin band The Pale set about marking 30 years in the business in 2020, and the recent release of thirteenth album Merciful Hour they head back to the UK for a handful of dates […]