Kurt Vile, one of rock’s most captivating frontmen, guitarists, and songwriters, has announced a Belfast headline show with The Violators (Rob Laakso, Kyle Spence, and Jesse Trbovich) at The Limelight 1 on August 30th 2022.

Kurt Vile has released eight universally celebrated albums. He has been seen and heard across the late-night TV circuit (Colbert, Letterman, Conan, etc), from the Park Stage in Glastonbury, in session for Lauren Laverne and Mike Riley at BBC 6 Music, as an animated singing squirrel on HBO’s Animals, as a roadie on Portlandia, and as an answer on Jeopardy.

He has collaborated with artists including Courtney Barnett, J Mascis, Kim Gordon, Hope Sandoval, John Prine, John Cale, Warpaint and Cyndi Lauper, and has toured the world several times over. With hundreds of thousands of records sold and a day named in his honour in Philadelphia. 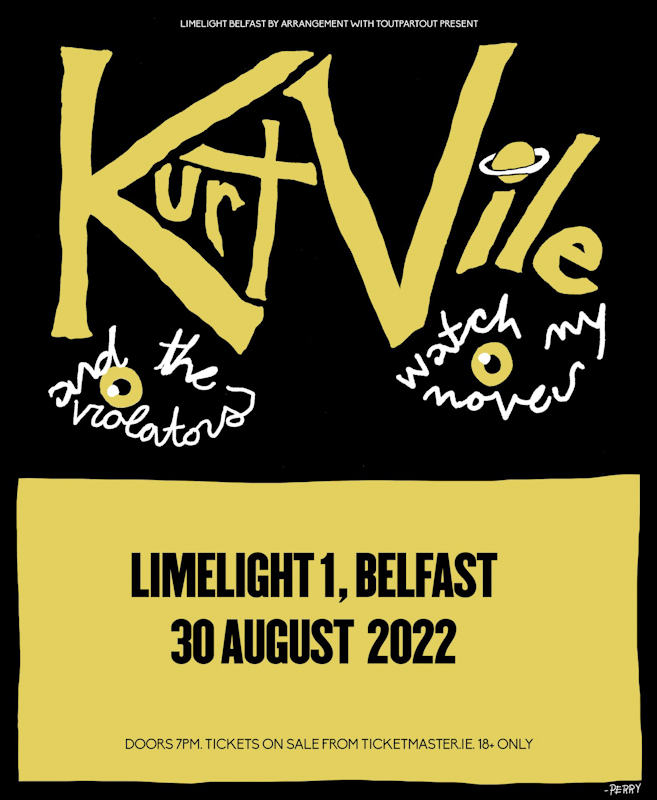 Aiken Promotions presents 10cc National tour for 2020. They will make a stop off at Ulster Hall, Belfast, 28th May, Vicar Street Dublin, 29th May and Cork Opera House, Cork, 30th May. Tickets on sale...

The Cure have just announced details for their upcoming 2022 European Tour with 44 shows across 22 countries - including shows in Dublin's 3Arena on 1 December and The SSE Arena, Belfast on 2 December...

Scottish superstar Lewis Capaldi will return to Northern Ireland next year to headline Belfast’s Belsonic in Ormeau Park on Sunday, June 21st for what will be his largest ever Belfast show to date. 2019 has...