Today sees the release of acclaimed Georgian-British singer-songwriter Katie Melua ’s latest single, “A Love Like That,” a beautifully orchestrated and gloriously cinematic exploration of love, with lyrics by Melua and production by English composer Leo Abrahams. The song is accompanied by a visually stunning video by award-winning director Charlie Lightening and featuring actor Billy Howle. Melua has also revealed details of her forthcoming new studio album, Album No. 8, to be released on BMG on October 16th.

Katie Melua is one of Britain's most successful musical artists, with a catalog that has been certified 56 times platinum around the globe. Originally from Tbilisi, in the former Soviet republic of Georgia, Melua moved to the UK at the age of eight. Something of a prodigious musical talent she released her debut album Call Off The Search when she was just 19 years old. Since then, Melua has released seven UK Top 10 studio albums: Call Off The Search, Piece By Piece, Pictures, The House, Secret Symphony, Ketevan and, most recently, 2016’s self-produced, critically acclaimed In Winter, which she recorded with the Gori Women's Choir in her native Georgia. She and Kate Bush are the only two British female artists in UK chart history to reach the Top Ten with seven consecutive albums.

“A Love Like That” is the first song to be taken from Melua’s eighth studio album Album No. 8. The lyrics see her attempting to reconcile the knotty complexities of real-life love to its fairytale counterpart. Elsewhere, Melua draws from the vernacular of folk songs to evoke a sense of magic-hour wonder mirrored by string arrangements whose depth and movement evoke Charles Stepney’s work with Rotary Connection and Ramsey Lewis.

“A Love Like That” is songcraft at its finest, with Melua’s faultless performance completely inhabiting the song and the musical presentation and arrangements expertly executed by Leo Abrahams, co-composer Sam Dixon, and mixers Cameron Craig and Luke Potashnick. The full cast of exceptional musicians on this track also includes drummer Emre Ramazanoglu, flautist Jack Pinter, and The Georgian Philharmonic Orchestra. The video for “A Love Like That” is the first in a series of stunning visuals Melua has collaborated on with the award-winning director Charlie Lightening (Paul McCartney, Liam Gallagher, Kasabian) and featuring actor Billy Howle (Star Wars, Dunkirk, Outlaw King).

Speaking about the writing process of “A Love Like That” Melua says, “ This song is asking the essential timeless question about mad love, ‘How do you make a love like that last?’ But before it became about love between a couple it started its life centred on my relationship with work and the stamina required to keep being an artist in the music industry. It was only after my co-composer Sam Dixon and I wrapped our session that I retreated to a cottage in the English countryside for three weeks to wrestle with the song’s lyrics. “A Love Like That” continues a narrative that is across the new album. And in the context of love, it is about having the courage to speak openly and freely. ”

Leo Abrahams is a lauded musician, composer and producer (credits include Jon Hopkins, Regina Spektor, Pulp, Peter Jackson’s “The Lovely Bones” soundtrack with Brian Eno, and Steve McQueen's’ “Hunger” soundtrack with David Holmes). Of the recording of this first track from Album No. 8 he recalls,“ The highlight for me was recording the orchestra in Tbilisi (Georgia) with Katie.

The arrangement is written to convey the protagonist’s changing state of mind throughout the song: from turbulent to calm, sentimental to defiant. Technically this was probably the simplest arrangement on the record but we had to do almost 20 takes of the tremolando introduction to get the right amount of aggression but with an elegant resolution. The players seemed to enjoy it! ” 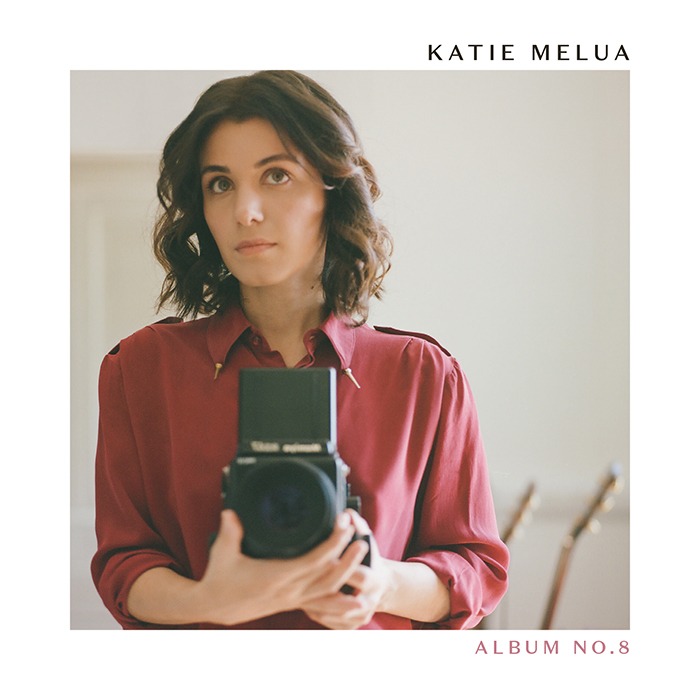 Album No. 8 :
A Love Like That
English Manner
Leaving The Mountain
Joy
Voices In the Night
Maybe I Dreamt It
Heading Home
Your Longing Is Gone
Airtime
Remind Me To Forget

KATIE MELUA announces ‘Acoustic Album No. 8’ - a collection of acoustic reworkings of her acclaimed 2020 release ‘Album No.8’

Georgian-British singer-songwriter and musician Katie Melua is set to release ‘Acoustic Album No. 8’, a collection of acoustic reworkings of her acclaimed 2020 release ‘Album No.8’, on November 26th 2021. Produced by Zurab Melua, these...

Following last month’s announcement of her new album Album No. 8, acclaimed Georgian-British singer-songwriter Katie Melua has released a second track from that stunning new LP. “I think we’ve given love too much airtime,” Melua...

Since her breakthrough as a teenager in 2003 with her debut album Call Off The Search, a six-times platinum seller in the UK, Katie Melua has become one of the world’s best-loved and most successful...