Kate Bush releases a special 4 CD collection ‘The Other Sides’ on March 8, available to pre-order from today, Feb 22. ‘The Other Sides’ is the final physical instalment of the definitive catalogue remastering project that was released in November 2018 on vinyl and CD boxes. This new release separates the rarities collection from the remastered CD box 2.

The 4 CDs celebrate b sides, 12” mixes, rare tracks and cover versions – with one CD being devoted to covers including Kate’s versions of Elton John’s ‘Rocket Man’ and ‘Candle In The Wind’, and George and Ira Gershwin’s ‘The Man I Love’. Rare tracks such as ‘Brazil’, from the film soundtrack, ‘Lyra’ from the film ‘The Golden Compass’, ‘Be Kind to My Mistakes’ from Nic Roeg’s film ‘Castaway’ and ‘Humming’, an early demo never released before, are also featured in the special set.

Three videos are also available to view – released officially through Kate’s website (www.katebush.com) for the first time since their original broadcast on TV. These include ‘Rocket Man’, ‘Under The Ivy’ and ‘The Man I Love’.

The full track-listing for ‘The Other Sides’, all in their new 2018 remastered versions, is;

Disc Two. The Other Side 1

Disc Three. The Other Side 2

Home For Christmas
One Last Look Around The House Before We Go…….
I’m Still Waiting
Warm And Soothing
Show A Little Devotion
Passing Through The Air
Humming
Ran Tan Waltz
December Will Be Magic
Wuthering Heights (Remix) 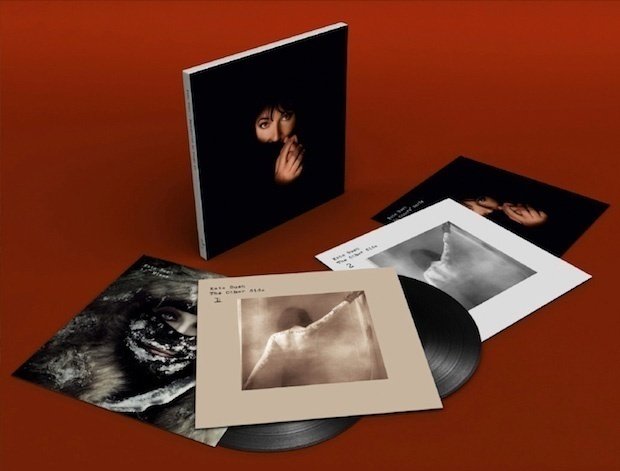 Disc Four. In Others’ Words

‘The Other Sides’ comes in a bespoke hardback package and concludes a definitive remastering programme.

Kate Bush releases special piece of film to accompany the release of new single ‘And Dream Of Sheep’.

Kate Bush has released a special piece of film to accompany the release of her new single ‘And Dream Of Sheep’. Watch below: The vocal was performed live while filming Kate lying in the huge...

Today, new Partisan Records signing AERIAL EAST has shared her gorgeously exposed cover of Kate Bush’s “Running Up That Hill”. With equal parts reverie and intention, her version of the classic track showcases the unvarnished...

Has it really been 30 years since musical living legend Peter Gabriel released So? Peter Gabriel has occupied an important position in the world of Rock Music for decades. Gabriel is a trailblazing experimentalist ever...