The multi-award-winning Eddi Reader is celebrating forty years as a live artist. During this time, the Scottish singer has been known for her work with Gang Of Four, Fairground Attraction, Eurythmics and many more, as well as her solo career. She releases a new album Cavalier on 28th September.

Chris Difford is a Grammy-nominated and double Ivor Novello Award-winning lyricist who has successfully turned the mundane into the beautiful, the urbane into the exquisite, for over 40 years. With his collaborator, Squeeze co-founder Glenn Tilbrook, Chris has written some of the most enduring and best-loved songs of our time such as ‘Up The Junction’, ‘Cool For Cats’ and ‘Labelled With Love’, ‘Tempted’ and many others. 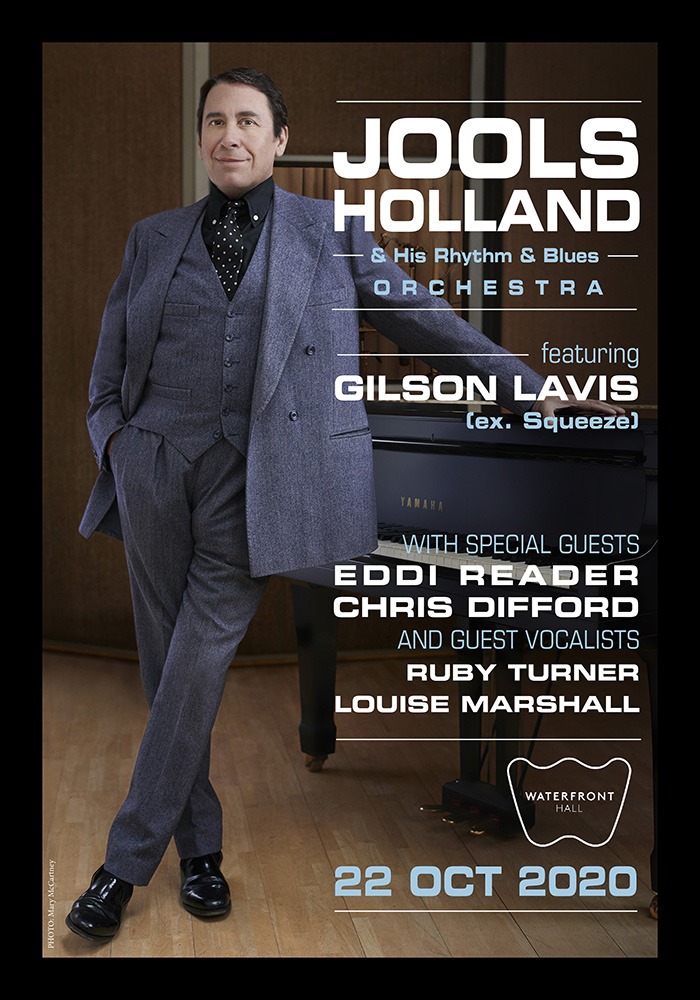 Clannad are celebrating an exceptional award-winning 50-year career with the announcements of a farewell world tour which includes two Irish shows. They will perform in Waterfront Hall, Belfast 29th February 2020 and Cork Opera House, […]

After nine sell-out UK and Irish tours, over 600,000 tickets sold, and countless television and live performances Diversity will be embarking one of their biggest UK tours to date in 2021, including a date at […]

JOOLS HOLLAND announces the FINAL line-up for the show at the Waterfront Belfast this October – newly added is the wonderful JOSE FELICIANO ! Joining Jools on stage as special guest will be Grammy Award […]