Castlerock five-piece Brand New Friend will play a headline show at The Limelight 2 in Belfast on 21st September 2019 – the final gig of their ‘Nothing Stays the Same’ tour. Mark Millar caught up with Taylor Johnson to talk about the gig, the bands incredible year and what is next for Brand New Friend. 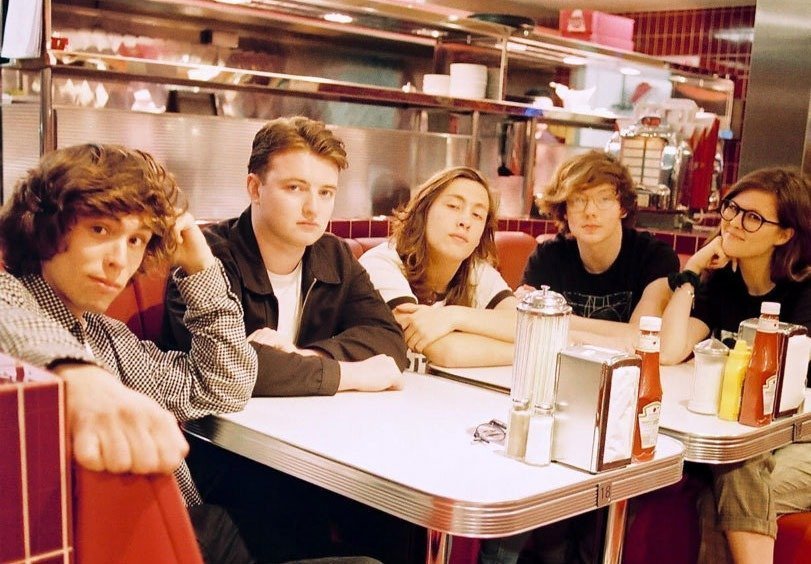 TJ: Can’t wait, it’s been a dream to play that room for me since I was 18. We played our first big support slot in there with Idlewild when we were pups and it’s where we used to go out partying all the time after we just left school. I have got a lot of happy memories in the Limelight and to be a headline band there is special. I think you have to earn the right to do it, and we’ve earned it.

Will there be any other new songs thrown into the set?

TJ: There will! We’ve a new record in the bag and we’re already planning the next one. We’ve a few to roadtest…

I really enjoy your new single ‘The Letter A’ what was the inspiration behind the song?

TJ: The Letter A is very symbolic in our house, my Grandad is called Arty and my Aunty is Amanda. My dad and mum have ‘A’ tattoos and one day I will too. It’s a very special song, it’s evolved a lot. It was always our secret weapon, a big chorus and a pre-chorus driven by Aaron’s riff. That riff is the central focal part of the whole tune. I love it. I’ll let everyone else get their own meanings from it, but I know what it means to me.

Brand New Friend have had an exciting and busy year with the release of your debut album ‘Seatbelts for Aeroplanes’ playing headline shows and support to Snow Patrol, Ash, Starcrawler, At The Drive-In, Pretty Vicious, RAT BOY and Feeder plus a host of festival slots at Reading and Leeds, 2000trees and others What were your highlights?

TJ: All the gigs were mega but this year was more about recording for us! My highlight was Logan joining the band and working with our producer Caelan Austin. He’s so class, a total genius. He lives and breathes music unlike anyone I’ve ever met and his sense of humour is identical to ours. We love him!

Did any of those bands offer you any words of wisdom?

TJ: Gerry Cinnamon told us to “just write great tunes, gig them and fuck all the other shit!”. We met him at Rize festival, he headlined our stage and was such a lovely lad.

Do you have any mad stories from the road that you can share?

TJ: Our drummer Luke does! All the mad stuff happens to him, he attracts celebrities because he’s so chill. Luke had his belly tickled by Ed Sheeran in Dublin, offered Picture This a homemade brie bap and has got wrecked with Foy Vance a couple of times. Then there’s his champagne DJ set with Frank Turner, that was insane. There’s way more I’m saving for the book…

How excited were you about playing Ward Park 3 with Snow Patrol?

TJ: You can’t put it into words. Your heroes wanting you to gig with them. I still don’t believe it happened.

When can we expect a follow up to ‘Seatbelts for Aeroplanes’?

TJ: No official release date yet, but how does January/February sound?

How do you find being a young band in today’s music climate?

TJ: We just love it! We have no money and we operate very independently, but the scene in Northern Ireland and down South is great. People are generally nice, my Mum always said that and it’s true!

Belfast is the last show of the ‘Nothing Stays the Same’ tour. Will you be hitting the town afterwards?

TJ: I doubt it! Luke, Logan and our mate Sean McGowan (who’s supporting on the night) probably will, but the rest of us will be in bed. I’m working the next day!

TJ: I have every Oasis & Smiths record. Oasis edges it because they have more, but I’ve a load of Smiths bootlegs. The Streets too, but I haven’t found a copy of ‘Computers & Blues’ anywhere yet.

TJ: Sad Tomorrow, Felonies, Columbia and the new National record. Great bands. Careerist is the best band on Earth, their new album ‘Weird Hill’ is gonna smash. I had Touts on this morning, ‘Bomb Scare’ is fucking lethal and Wynona Bleach just recorded an album in Portugal which I know will be amazing. Cavalier Attitude are bringing new stuff out too, check them out! 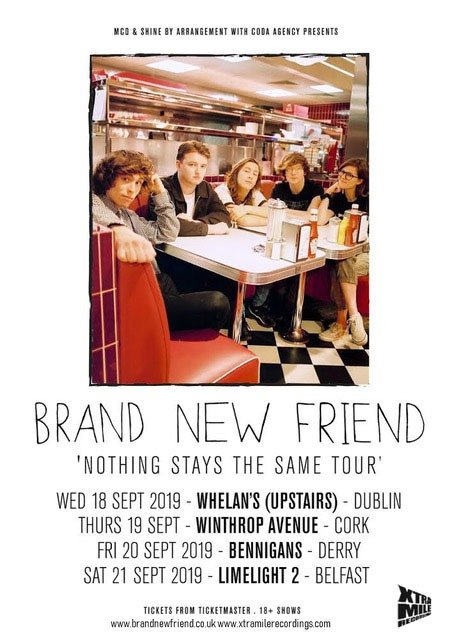 US pop-rock band Sparks are pleased to announce a headline Belfast show at The Limelight 1 on 26th October 2020. Sparks – brothers Ron and Russell Mael – have announced the May 15th 2020 release […]

Noel Gallagher’s High Flying Birds announce new single ‘She Taught Me How to Fly’ – the third to be taken from the Number 1 album ‘Who Built the Moon?’. The single is released on 12″ […]

PAUL YOUNG Announces (35 YEARS OF NO PARLEZ TOUR) Live At The Waterfront Belfast, May 23rd 2019

Everyone’s favourite 80’s artist Paul Young is back on tour with a headline show at the Waterfront Hall, Belfast on 23rd May 2019. Paul will be performing his much-loved album ‘No Parlez’ in celebration of […]