Up and coming singer-songwriter Billy Lockett plays a headline Belfast show at The Limelight 2 on Wednesday 17th April 2019. Having recently toured with Jeff Lynne’s ELO’s and Lewis Capaldi. Billy has just released his latest track ‘Every Time You’re High’.  Mark Millar caught up with Billy to talk about the Belfast show and his musical ideas. 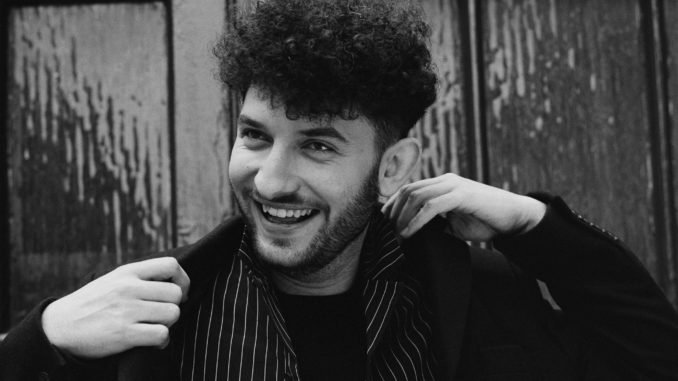 You have spent years struggling away working on your songs and playing open mic nights. How does feel now you are finally getting recognition?

Man, it feels so good to finally be getting somewhere with my music. I think it’s every singer’s worst nightmare to play an empty room or to have people talking through their set so it’s just nice to have a weight off my shoulders. It’s something I’m going to take a long time getting used to I think.

Who are your musical influences?

My influences are Bon Iver, Einaudi, Oh Wonder and Radiohead.

You have released a string of singles and EP’s including your latest track ‘Every Time You’re High’. Can we expect an album soon?

Yes, I’ve written the album, I just need to get in the studio and start recording it properly. Which is hopefully what I’m going to do once I finish touring.

What is your songwriting process? do you immediately go to the piano?

Yeah, I always start with the music playing a piano riff that makes me feel something then I add melody then lastly I think about what I’m going to say.

You were a special guest on Jeff Lynne’s ELO’s massive UK and European arena tour last autumn, which included four nights at the London O2 Arena and you also supported Lewis Capaldi. How was that?

Yeah touring with ELO was life-changing, the Arenas were huge, so it has really helped kick start my career. Lewis Capaldi was fun too, his fans (who are now my fans too) were all so kind to me.

You are playing a headline Belfast show at The Limelight 2 on Wednesday 17th April 2019. Are you looking forward to playing for the Belfast crowd?

Yes, I always love playing in Belfast because the people are so friendly and have a great sense of humour!

How do you find being an artist in today’s music climate?

I think it’s great now that Spotify has changed the game giving so many talented new artists the chance to break through.

Radiohead, I think I have all their albums in like 3 different formats haha

Is the afro gone for good?

For the time being yes, it depends how cold it gets as it doubles up as a cracking woolly hat haha.

US singer/songwriter Sean McConnell is pleased to announce a headline Belfast show at The Limelight 2 on Sunday 09th February 2020. Sean recently released his new album ‘Secondhand Smoke’ and is embarking on a UK […]

Dublin four-piece The Riptide Movement are pleased to announce a headline Belfast show at The Limelight 2 on Friday 25th October 2019. The band are back with the release of their eagerly anticipated new single […]

Ireland’s leading Led Zeppelin tribute act, No Stairway are pleased to announce a 50th Anniversary Show at The Limelight 2, Belfast on Friday, November 08th 2019. To celebrate this momentous 50THAnniversary year, No Stairway will […]